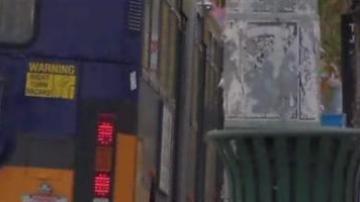 SEATTLE -- A Seattle woman said she was kicked off a public bus because her son had a stinky diaper. To top things off she's four months pregnant.

The woman said she was on her way to take her son to the doctor when the bus driver gave her the boot.

It looks like the bus company is siding with the driver. They said the driver had to look out for the other passengers.

"Right after that she told me that I needed to get off the bus, I said, ‘Why is that?,’” said Nichole Hakimian. “She said, ‘Your baby, he smells really bad and it's not fair that we all have to smell that.’"

The company said the bus driver is a nine-year veteran with an excellent record.