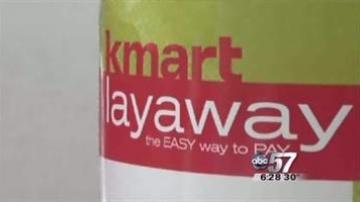 Mary Chapin put some toys on layaway at a Kmart near Grand Rapids. She was hoping to pay off the balance in time for Christmas.

Then came a surprising phone call, a complete stranger described only as a woman in her 30's took care of it.

"They said that someone had paid $180 on my layaway and there was only $10 left.  I thought it was a joke,” said Chapin. "I thanked her!  It's the best gift that i ever received and it's the gift of believing in people and believing that there's good out there cause you don't always see that."

The store has about 800 layaway orders. The stranger picked three random tickets and spent about $500.

Her only requirement was that toys were in the order. She also donated a shopping cart full of toys to charity.