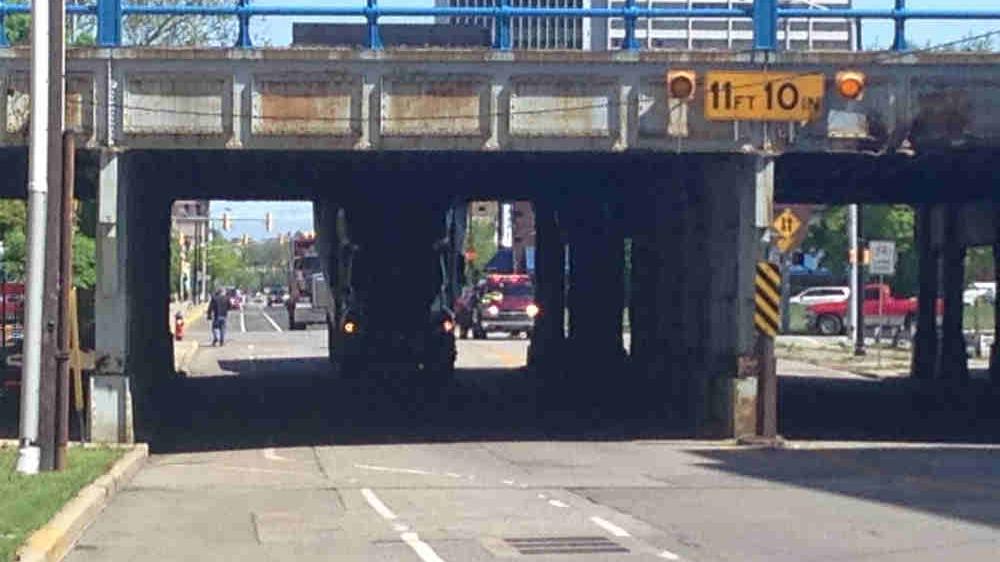 A semi-truck became stuck under the Bronson Street overpass in South Bend Wednesday morning. This area is close to Four Winds Field.

One lane of that street was closed as emergency crews tried to dislodge the truck from the bridge.

Officials say the truck had flammable canisters on board, but they were not impacted or punctured when the truck became lodged.

"The driver was ok. There was no compromise to any of the containers inside there," Capt. Mike Damiano of the South Bend Fire Dept. said.

Locals say they see semis getting stuck under the bridge quite often.

"I would say it happens at least once a month, easily," Jesse Raymond, who works next door at ZStone said.

The bridge has height markers on either side.

Raymond drives semis around the area for work quite often, and is surprised other drivers don't notice the signs.

"We have trucks go through all the time. They know about it," Raymond said.

Others blame the bridge instead of the drivers.

"They need to raise it up," Anthony Murray, who often walks underneath the bridge said.