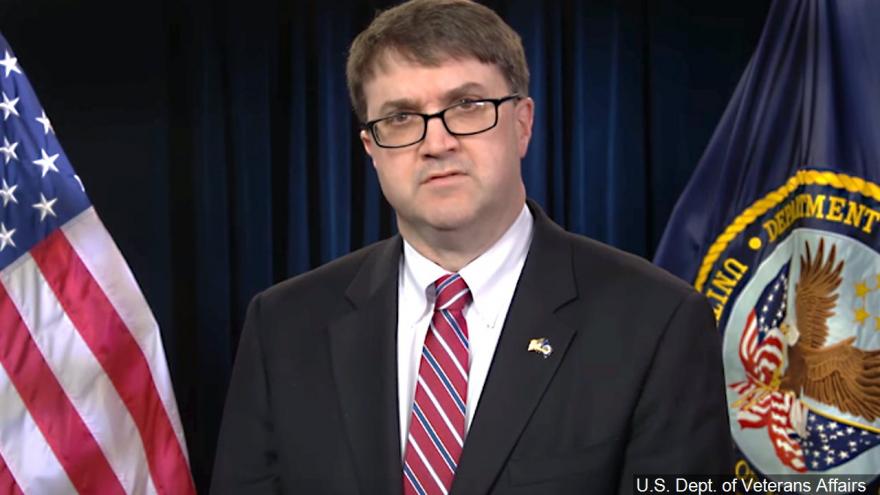 (CNN) -- Robert Wilkie, a Pentagon under secretary, was confirmed Monday by the Senate as secretary of the Department of Veterans Affairs, giving the sprawling agency its first permanent leader in months.

The vote, which was 86-9, came the day before the President will address the Veterans of Foreign Wars national convention in Kansas City. While Wilkie was confirmed overwhelmingly, it was the first time since the VA secretary became a Cabinet position that any senators voted against confirmation.

Earlier this month, a Senate committee easily advanced his nomination, with just one dissenting vote. Independent Vermont Sen. Bernie Sanders did not support Wilkie's nomination, saying that he was concerned that the Trump administration would privatize VA's health care.

Wilkie's confirmation to lead the federal government's second largest department comes after the agency remained without a Senate-confirmed leader for months, after President Donald Trump ousted then-Secretary David Shulkin in March and sought to replace him with Rear Adm. Ronny Jackson, a White House physician. Jackson ultimately withdrew from consideration after allegations of misconduct during his time at the White House Medical Unit, and Trump named Wilkie as the agency's acting secretary.

When Trump announced Wilkie's nomination to take the reins permanently in May, he left the agency and acting Secretary Peter O'Rourke led the agency and oversaw its workforce of more than 360,000.

During his confirmation hearing, Wilkie, who served as an assistant defense secretary in the George W. Bush administration, pledged not to privatize health care for the nation's veterans, and indicated that if confirmed he would not shy away from disagreeing with the President.

Veterans' groups and some lawmakers have said they worry that the Trump administration wants to widely expand the private care that veterans receive, a move that they believe would dismantle VA's health care system.

Wilkie inherits an agency beset with challenges, including high-level turnover. The Washington Post reported last week that a number of longtime career employees have left the agency, and some critics have raised concerns that politics may have played a role in the departures.

Agency officials have denied that politics were involved, saying unequivocally that staffers have not been pushed out for political reasons.

"This has understandably shaken up VA's Washington bureaucracy," VA spokesman Curt Cashour said last week. "And in many cases, employees who were wedded to the status quo and not on board with this administration's policies have departed VA -- some willingly, some against their will as they were about to be fired."