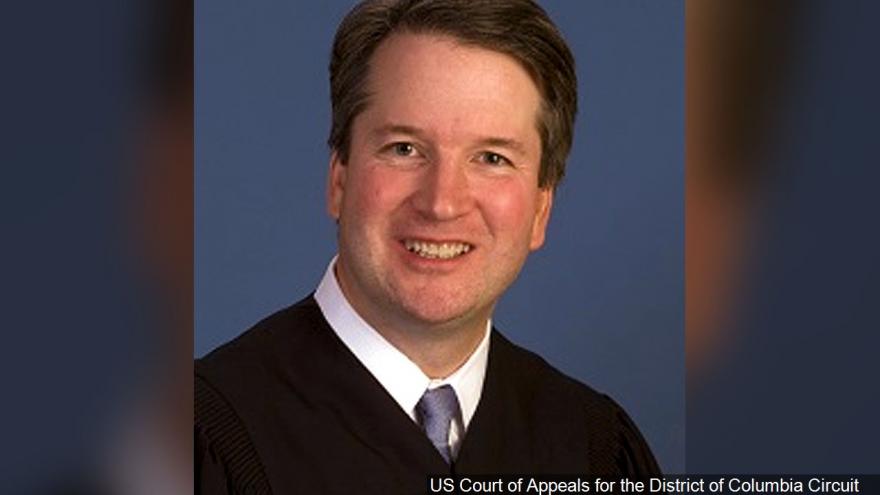 WASHINGTON (AP) — Republican Sen. Susan Collins of Maine declared Friday she will vote to confirm Brett Kavanaugh's Supreme Court nomination, all but ensuring that a deeply riven Senate will elevate the conservative jurist to the nation's highest court despite allegations that he sexually assaulted women decades ago.

The dramatic Senate floor announcement by perhaps the chamber's most moderate Republican ended the suspense over a tortuous, election-season battle that had left Kavanaugh's fate in doubt for nearly a month after the first accusation against him. It assured a victory for President Donald Trump's quest to move the Supreme Court rightward, perhaps for decades, and a satisfying win for Senate Majority Leader Mitch McConnell, R-Ky., and the GOP's conservative base.

Moments after Collins finished talking, the only remaining undeclared lawmaker, Democrat Joe Manchin of West Virginia, said he, too, would vote "yes" in the showdown confirmation roll call expected Saturday afternoon. Manchin, the only Democrat supporting Kavanaugh, faces a competitive re-election race next month in a state Trump carried in 2016 by 42 percentage points.

Support by Collins and Manchin gives Kavanaugh at least 51 votes in the 100-member Senate for an election-season victory against the backdrop conflict of the #MeToo movement and staunch conservative support for Trump. Both parties are hoping the bitter struggle will energize their most loyal voters to stream to the polls in less than five weeks, when GOP control of the House and perhaps the Senate is in play.

"We will be ill-served in the long run if we abandon the presumption of innocence and fairness, tempting though it may be," Collins said in remarks that stretched for more than 40 minutes but addressed the sexual-abuse allegations only near the end. "We must always remember that it is when passions are most inflamed that fairness is most in jeopardy."

Collins said Christine Blasey Ford's dramatic testimony to the Senate Judiciary Committee last week describing Kavanaugh's alleged 1982 assault on her were "sincere, painful and compelling." But Collins said witnesses Ford had identified who were interviewed by the FBI last week and included in a report the agency gave lawmakers had failed to corroborate Ford's claims.

"I do not believe that those charges can fairly prevent Judge Kavanaugh from serving on the court," Collins said.

Manchin said in a written statement, "My heart goes out to anyone who has experienced any type of sexual assault in their life. However, based on all of the information I have available to me, including the recently completed FBI report, I have found Judge Kavanaugh to be a qualified jurist who will follow the Constitution and determine cases based on the legal findings before him."

Republican Lisa Murkowski of Alaska, a fellow moderate and a friend of Collins, is the only Republican who has indicated she will vote no. She told reporters Friday that Kavanaugh is "a good man" but maybe "not the right man for the court at this time."

Republicans hold a bare 51-49 majority in the Senate.

Vice President Mike Pence has planned to be available Saturday in case his tie-breaking vote was needed, which now seems unlikely.

Kavanaugh's path to the court seemed unfettered until mid-September, when Ford accused him of drunkenly sexually assaulting her in a locked bedroom at a 1982 high school gathering. Two other women later emerged with sexual misconduct allegations from the 1980s, all of which Kavanaugh has denied.

Sen. Jeff Flake, R-Ariz., who's repeatedly battled Trump and will retire in January, said he'd vote for Kavanaugh's confirmation "unless something big changes."

In a procedural vote Friday, senators voted 51-49 to limit debate and send the nomination to the full Senate, defeating Democratic efforts to scuttle the nomination with endless delays. That was the day's first GOP victory in the spellbinding battle that's been fought against the backdrop of the #MeToo movement and stalwart conservative support for Trump.

Deeply coloring the day's events was a burning resentment by partisans on both sides, on and off the Senate floor.