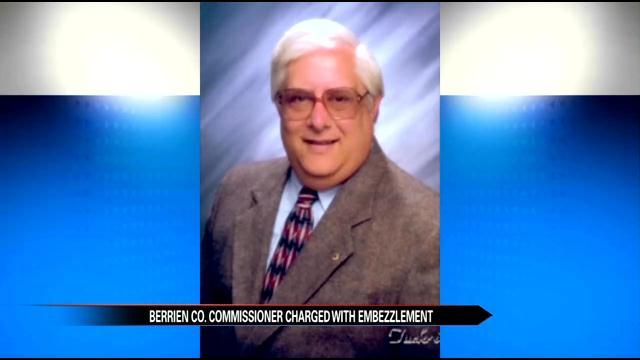 The director of the North Berrien Senior Center has been charged with one count of embezzlement over $100,000, according to the Berrien County Prosecutor's Office.

The investigation, conducted by the Michigan State Police, revealed funds from the senior center's operating accounts were forwarded to an investment account in the center's  name with Robert Wooley, the director, as the signatory.

The board, according to investigators, was unaware the account existed.

Investigators say money from the investment account was transferred to Wooley's personal account over the course of the past seven years. The amount transferred was allegedly $150,000.

Jon Hinkelman, the chairman of the Board of Commissioners in Berrien County, stated that while Wooley was on the financial committee, he had no access to Berrien County funds.

"All I can say about the public trust's trust is that at the county level that we're operating on, this is really something between Bob and the senior center. At the county level our goal is to put checks and balances into anything financial or procedural matters that protect the citizenry of Berrien County," said Hinkelman.

Wooley was arraigned Thursday and bond was set at $25,000 cash or surety.

He will be in court again December 12.