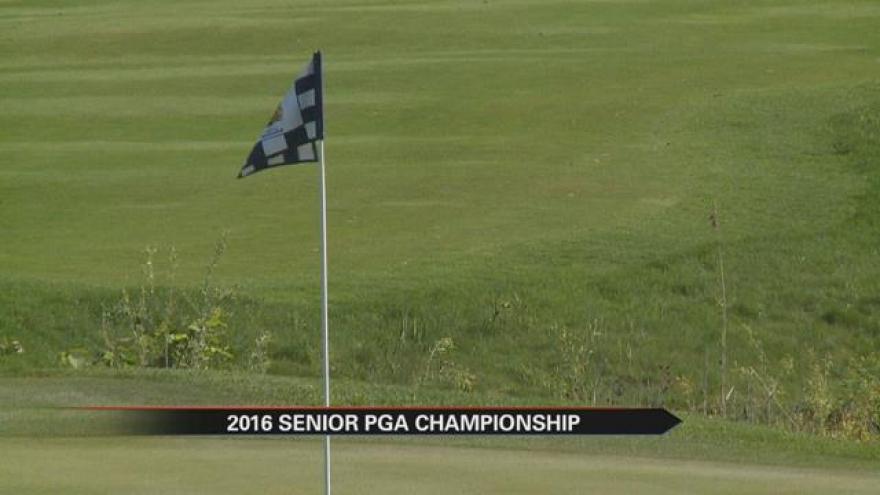 The Senior PGA has finally arrived in Benton Harbor. And it could be a big economic boost for the city.

Thousands of people from around world and some of the best players in senior golf are all in town to tour the city.

While Benton Harbor officials don't have exact estimates of how much money this will rake in, cities like Birmingham, Alabama, which hosted a senior PGA event earlier this week, have seen $54 million dollars brought to the area since 2011. That's according to the Birmingham convention and visitors bureau.

25 vendors will provide 250 temporary jobs. And event organizers expect this to be a busy time for local hotels.

Over 10 million dollars in television exposure will be brought in through the national broadcast to over 130 counties. That gives Benton harbor a chance to show off what it's got.

"The community showcase and championship shop tent, everyone is forced to walk through that area," said Championship director Ryan Ogle. "A massive tent that will welcome everyone, and then they make their way through the main entrance, the kitchen aid fairway club, and see that championship venue that we've prepared for them."

Friday is the start of the Senior PGA. 156 players will take part. It goes through Memorial Day weekend.

ABC 57 is a sponsor of the tournament.