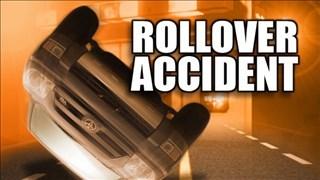 Van Buren County deputies responded to a rollover crash Monday afternoon that resulted in 2 people being taken to the hospital in serious and critical conditions.

The crash happened at the intersection of County Road 681 and Red Arrow Highway in Lawrence Township at 3:00 p.m.

The Investigation showed that 21-year-old Brittany Britten of Bloomingdale, driving a Dodge Journey, was headed north on County Road 681 when she failed to yield, deputies said.

30-year-old Jessica Celis and 30-year-old passenger Jose Celis of Milwaukee were headed west in their Chevrolet Suburban when they were struck by Britten’s vehicle.

Jessica’s vehicle then went sideways and rolled over multiple times.

Officers say Jose was ejected from the vehicle while it was rolling over.

Jessica had to be extricated utilizing the jaws of life because officers say she was pinned in the vehicle.

Britten was not injured in the crash.

Both Jessica and Jose were transported to Bronson Hospital in Kalamazoo.