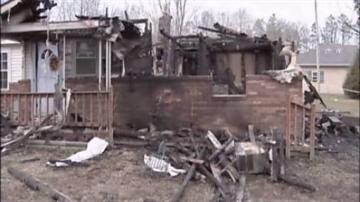 Two adults and five children were killed in a house fire.

Witnesses say they first noticed flames coming out of the home after 9 a.m. Sunday.

The couple was still in their bedroom when they were found.

The children were found in the living room.

Investigators say three of the children belonged to the woman and the two others were over for a slumber party.

No official cause of death has come out. Investigators say it could take months to figure out what started the fire.