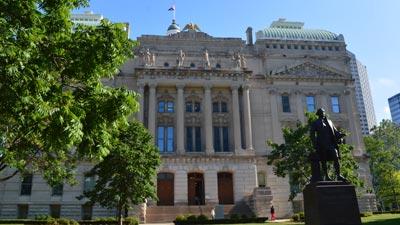 There are several new laws that take effect in Indiana on July 1. One law creates a child abuse registry, another requires drivers to remove their vehicles form the roadway after a property damage accident.

Here's a rundown of a few of the new laws.

This law was inspired by the death of 19-month-old Kirk Coleman.

Stolen valor. Makes it committing stolen valor, a Class A misdemeanor, for a person to knowingly or intentionally, with the intent to obtain money, property, or another benefit: (1) fraudulently represent himself or herself to be an active member or veteran of the armed forces of the United States; (2) use falsified military identification; or (3) fraudulently claim to be the recipient of certain military honors.

Operating while intoxicated. Provides that a person who commits the offense of causing the death of another person when operating a vehicle: (1) with an alcohol concentration equivalent to at least 0.08 gram of alcohol per 100 milliliters of the person's blood or 210 liters of the person's breath; (2) with a controlled substance listed in schedule I or II or its metabolite in the person's blood; or (3) while intoxicated; commits a Level 4 felony instead of a Level 5 felony if the person has a previous conviction of operating while intoxicated within 10 years preceding the commission of the offense instead of within five years preceding the commission of the offense. Provides that a person convicted of a Level 6 felony may be committed to the department of correction (DOC) if the person has received an enhanced sentence for being a habitual vehicular substance offender. Provides that a person who operates a motorboat while intoxicated (motorboat OWI) shall receive an enhanced penalty if the person has a previous conviction under a repealed version of the crime.