Several patients exposed to Hepatitis B 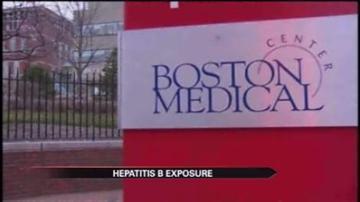 WEYMOUTH, Mass. -- Health officials in Massachusetts are investigating to see how several patients were exposed to Hepatitis B.

The Boston Medical Center called several patients and told them they had been exposed because their dialysis machine had not been cleaned properly.

The hospital says they are "aware that a small number of patients were potentially exposed to the virus."

Joan Cooper is battling a rare kidney disease and says she received four rounds of dialysis at BMC in mid-March and now she fears she may have been exposed to Hepatitis B.

"I can’t even tell you what that felt like. It's almost like I just removed myself, you know, and could barely hear what he was saying," said Cooper.

Hepatitis B is spread through bodily fluids and attacks the liver, according to the Centers for Disease Control and Prevention.