The stationary front that brought us rain and storms all weekend, finally progressed into a cold front and tracked towards the northeast coast yesterday. Severe thunderstorms battered the area that was under a moderate risk for severe weather. Look at all of the storm reports that came in on Tuesday between twelve in the afternoon and nine at night. There were five reports of tornados, 104 hail reports, around 431 wind reports, and seventy flood reports. 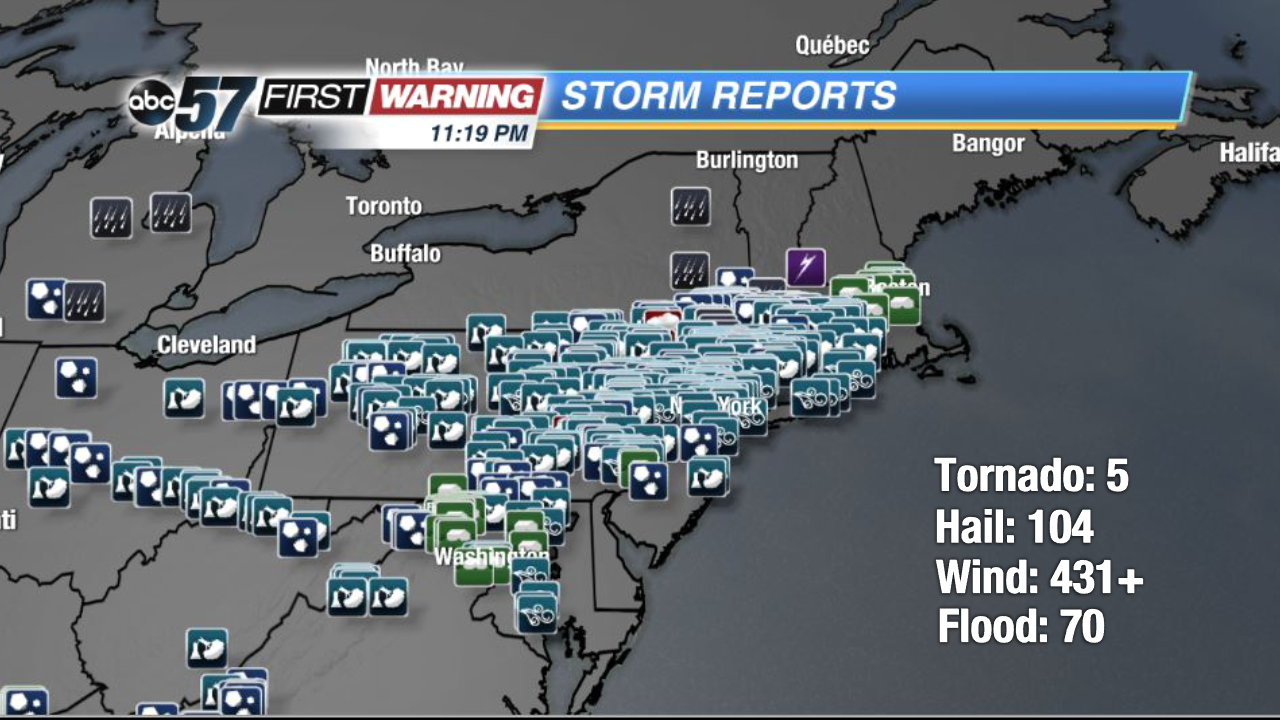 The worst damage was done by wind. Heavy wind gusts broke power poles and uprooted hundreds of trees. There were several reports of trees falling on houses and cars. Sadly, three people were killed as large trees fell on their cars, and 3 others were injured.

The strong winds were to blame for all of the downed trees and other damage. One person in Pottstown, Pennsylvania measured an 81 mile-per-hour straight line wind gust.

Hail stones broke through peoples' windows at home and their cars. In Clermont, New York, a hail stone was measured at 2.75 inches in diameter, the size of a baseball.

By the end of the night, a rare sight was captured on camera. A cloud to ground lightning strike lit up the sky under the arch of a full rainbow. It was a bittersweet end to a rough day of severe weather.