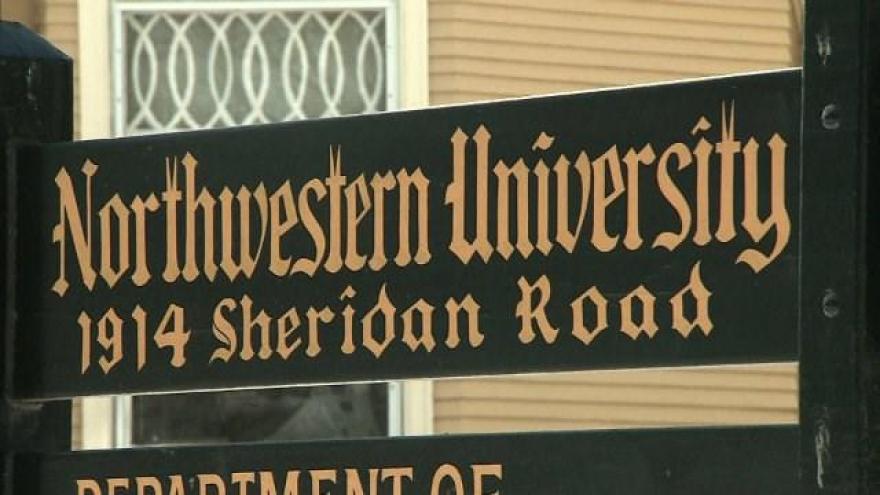 (CNN) -- Allegations of sexual assault and the use of date-rape drugs have surfaced at Northwestern University.

The school received tips about two alleged incidents, one on January 21 and the other this month, according to a campus security alert issued Monday night. These are the latest claims associated with a chilling problem that is significant on US college campuses, an extensive recent survey found.

At Northwestern, four female students may have been given a date-rape drug last month at the Sigma Alpha Epsilon fraternity, campus security reports. Two of them "believe they were also sexually assaulted," the report states.

The school, which is near Chicago in Evanston, Illinois, received another report that a female student was sexually assaulted on February 2, "possibly involving use of a date-rape drug after attending an event at another fraternity house," the alert said. It is not clear where that alleged assault might have happened.

Sigma Alpha Epsilon's national organization has launched an investigation into the allegations at Northwestern.

"Any form of assault or sexual misconduct by anyone, brother or not, college man or not, is completely unacceptable, and we do not tolerate actions that are inconsistent with our mission," SAE's national spokesman Brandon Weghorst said in response to a request from CNN.

"When incidents are brought to our attention, we take immediate action, and will not hesitate to take corrective actions or impose sanctions on any member or chapter that fails to follow the stringent guidelines we set forth," he said.

CNN has reached out for comment to the school's Interfraternity Council and Panhellenic Association.

School: If you see something, say something

In its security alert, the university stressed its concern about its students' safety. It said anyone with knowledge about the alleged incidents should contact the school's Title IX coordinator.

"The only people responsible for sexual misconduct or any other crime are the perpetrators. It is a violation of University policy and the law to engage in sexual contact without consent, as is the use of illegal drugs," the school said.

It said the school's policy on sexual misconduct requires all employees and "non-employees with teaching or supervisory authority" to report sexual misconduct. The school listed hotline and counseling services on its security alert and urged victims to seek help.

"Anyone who observes a situation in which a member of the University community may be at risk should interrupt the chain of events or seek help. All Northwestern community members should look out for one another and ensure that everyone is safe," the school said in the security alert.

The Association of American Universities conducted a survey in the spring of 2015 documenting the problem of sex assault on campus.

Among female college students, 23% said they experienced some form of unwanted sexual contact -- ranging from kissing to touching to rape, carried out by force or threat of force, or while they were incapacitated because of alcohol and drugs, the survey found. Nearly 11% said the unwanted contact included penetration or oral sex.

More than 150,000 students participated from 27 universities, including some of the most prominent schools across the country. All the members of the Ivy League took part with the exception of Princeton, along with schools such as Iowa State University, the University of Florida and the California Institute of Technology.