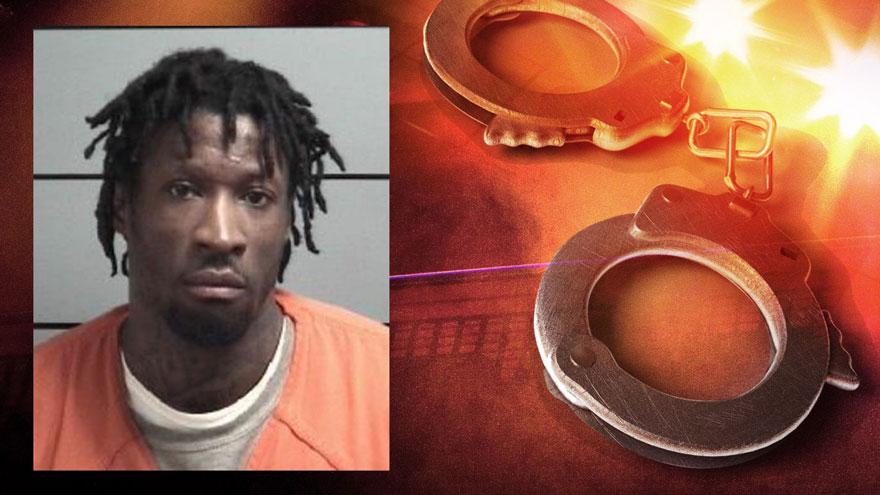 MARSHALL COUNTY, Ind. -- A Fort Wayne man was sentenced to 26 years in prison for a carjacking in July 2019 in Plymouth. The pursuit allegedly continued into Whitley County, which led to the death of a K-9 deputy.

Clarence Shearer, 33, was found guilty at trial in October 2020. He was sentenced on Friday to 16 years for armed robbery and 2 years for theft, with the sentences running concurrently.

The judge enhanced the armed robbery count because Shearer was found to be a habitual criminal. He was sentenced to an additional 10 years to be served consecutive to the first sentence.

On July 1, 2019, Plymouth Police were called to the LifePlex for an armed robbery.

The victim told police a black male displayed a handgun, stole a 2016 Chrysler 200 and fled on Pioneer Drive towards US 30.

Indiana State Police located the stolen vehicle on US 30 near Warsaw. At a stoplight, he allowed the passenger, who was related to Shearer, exit the vehicle, police said.

The vehicle then led a Warsaw Police officer in a pursuit that reached speeds of over 140 mph.

A Whitley County Sheriff’s deputy set up stop sticks on US 30 eastbound. As Shearer attempted to avoid the stop sticks, he crashed into the patrol car, which caught fire, according to reports.

The deputy was not injured, but K-9 Cas died in the burning patrol car, reports said.

“Subsequent and thorough investigation by Detective McIntyre and others revealed that a car reported stolen from the Chicago area had broken down on US 30 immediately north of Mancino’s Restaurant. Witnesses reported the Chrysler drove up to the disabled vehicle and a passenger got out and then entered the Chrysler front passenger door, and off they went eastbound. The willingness of these citizens to get involved was crucial in capturing a really dangerous individual---- an habitual criminal that was passing through our community. Well, he’ll have the next 26 years to think about his visit,” said Marshall County Prosecuting Attorney Nelson Chipman.

Shearer still faces charges in Whitley County revolving around the chase, the wreck, and the death of the police dog.