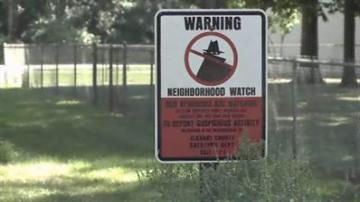 ELKHART COUNTY, Ind. -- Residents in Cleveland Township in Elkhart are edge after learning there were multiple break-ins during the holiday weekend. The sheriff's department is taking its awareness campaign to Facebook to make sure residents know what's going on.

The break-ins happened at homes on Corwin and Merle streets.

"This weekend we had three break-ins," said Debbie Maurer.

Residents are now on the lookout for unwanted guests.

Over the long Labor Day weekend, several homes here were burglarized. It's not the first time.

In an effort to make the community more aware, the Elkhart County Sheriff Department posted information about the break-ins on its Facebook page.

"So when you see that on a Facebook posting, hey my neighbor just got broken into, one: it puts you as the citizen in your neighborhood on alert, and see there is activity happening in my area, and two: that is going to help you out as far as information," said Captain James Bradberry of the Elkhart County Sheriff's Department.

Whoever has been targeting the neighborhood, knows what they're doing.

"A few years ago we had a rash of them down here and about five houses right in our area got hit," said resident Jack Ford.

"We had a break-in on Christmas Eve two years ago," said resident Debbie Maurer.

Many residents are taking extra measures to protect their homes.

"I grew up here and I have always felt safe, but now even during the day I need to lock my doors and when you get robbed like that it feels like you have been violated," said Maurer.

The sheriff's department says you should not only look out for yourself, but for your neighbors as well.

In addition, lock your doors at all times and ask a neighbor to keep an eye out if you leave the house.