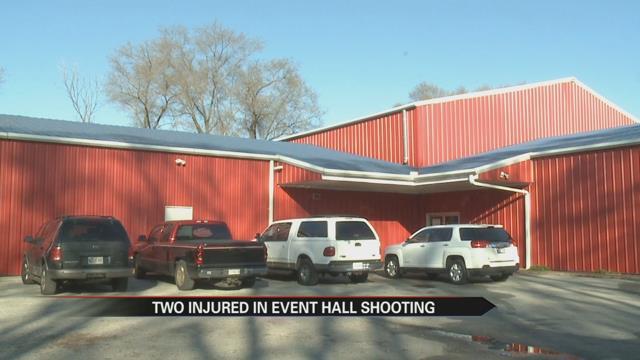 A shooting early Sunday morning in South Bend at the Red Barn, an event hall, sent two to the hospital. One of the victims was shot in the stomach.

Family members say none of the injuries were fatal and that the man and woman who were shot will be fine.

Police say shot were fired after an argument started.

Around 1:45 a.m. police were called to Goodson Court after a suspect attending a party at the Red Barn got into an argument. The suspect pulled out a gun fired it and sent a man who had been shot in the stomach and a woman shot in the hand to Memorial Hospital.

Hours after the shooting the only signs of criminal activity on Goodson Court are a few pieces of crime tape. Sunday afternoon another party was going on at the Red Barn.

“Not that I can remember there has never been trouble,” says Ernesto Starling of South Bend.

Starling’s family has held many parties at the Red Barn for over five years.

Starling’s friends and family filled the parking lot and say even with the left over crime tape they feel safe.

“No, no worries today. No worries at all,” says Starling.

The owner of the Red Barn denied an interview.

Police say they are still investigating the shooting that happened at the Red Barn. If you have any information on the shooting you can contact the South Bend Police Department.