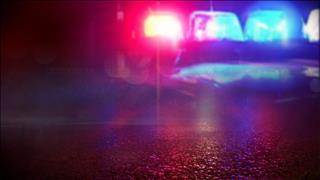 Elkhart Police were dispatched to 318 Middlebury Street late Saturday night in response to a shooting with injuries. They got the call at 11:43 p.m. and when they got to the scene of River Run Apartments in Elkhart, they found a woman who had been shot in the chest.

She was taken to Memorial Hospital where she is being treated, according to a press release from Elkhart City Police.

Police worked the scene into the early morning hours on Sunday. During their investigation, detectives identified a person of interest in the shooting.

They are looking for Demond Williams. He is described as an African-American male, 6’3” tall, and weighs 180 pounds. He has black hair and brown eyes.

Police consider him to be armed and dangerous.

If anyone has any information that could help the investigation or know of Williams whereabouts, they are urged to call the Elkhart Police Department at 574-295-7070 or the Tip Line at 574-389-4777.