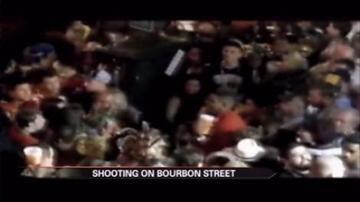 Take a look at the video from the French quarter of Bourbon Street. It shows lots of people partying in costumes, right before what police described as an argument between men.

Four rapid shots were heard and then screams.

Authorities have not said it they had made any arrests.