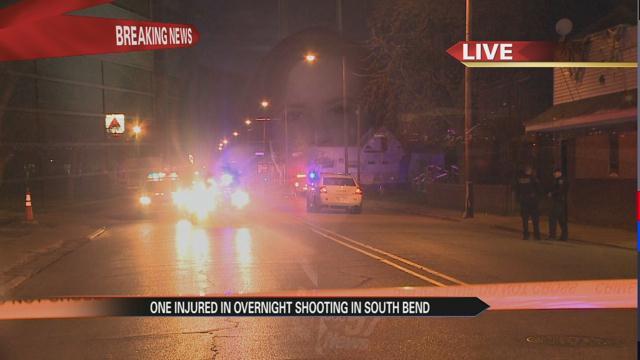 A shooting happened early Sunday morning in the 300 block of Olive Street in South Bend.

South Bend Police got the call around 3:42 a.m. about multiple gunshots and when they arrived on the scene they found a man lying in the street.

“When we arrived we found a male victim lying in the street suffering from an unknown amount of gunshots,” said Lieutenant Steven Noonan of the South Bend Police Department.

The man was taken to Memorial Hospital where he is being treated for non-life threatening injuries.

Police are investigating the situation and interviewing witnesses.

“We've gotten some conflicting stories but we're still interviewing witnesses, and eventually they will be interviewed again by our detective bureau," Noonan added.

They believe this shooting happened because of a house party that was going on earlier in the night.

A witness said he saw about five men approaching a house demanding entrance inside. When they were not allowed in, they started shooting.

“This will be an on-going investigation and it'll continue when it's assigned to our major case investigators,” Noonan said.