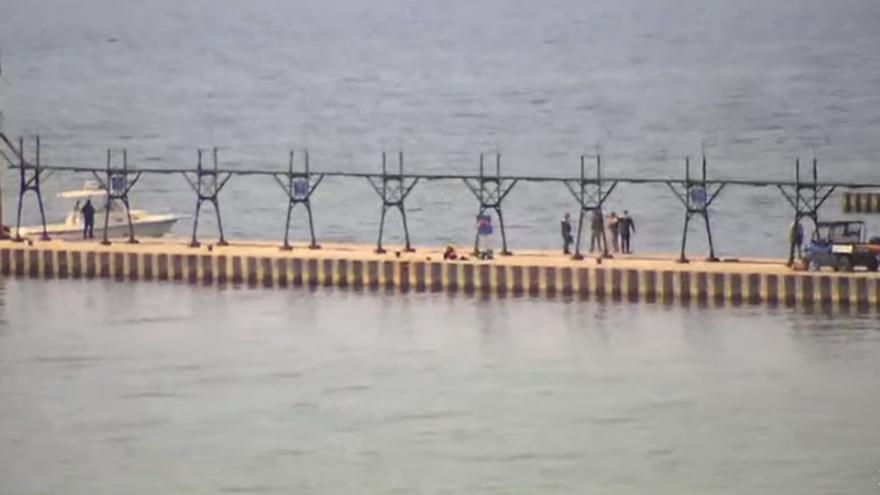 SOUTH HAVEN, Mich. -- South Haven Police are investigating a fatal shooting that happened on the South Pier at South Beach.

At 2:15 p.m. Friday, police responded to the scene after receiving multiple 9-1-1 calls about an active shooter on the South Pier.

When police arrived, they located two people who were deceased and a third who was injured. One of the deceased is the suspected shooter.

The injured victim, a woman, was flown to a hospital in Kalamazoo. She is in critical condition, according to police.

Police are working to determine if there is a relationship between the shooter and the victims.

Police say they suspect the shooting was random.

You can view a live stream (which has since ended) below. Viewer discretion advised.

WOOD-TV has a beach camera at South Haven that showed the actual shooting.

The shooter then walked around for a minute before taking his own life.