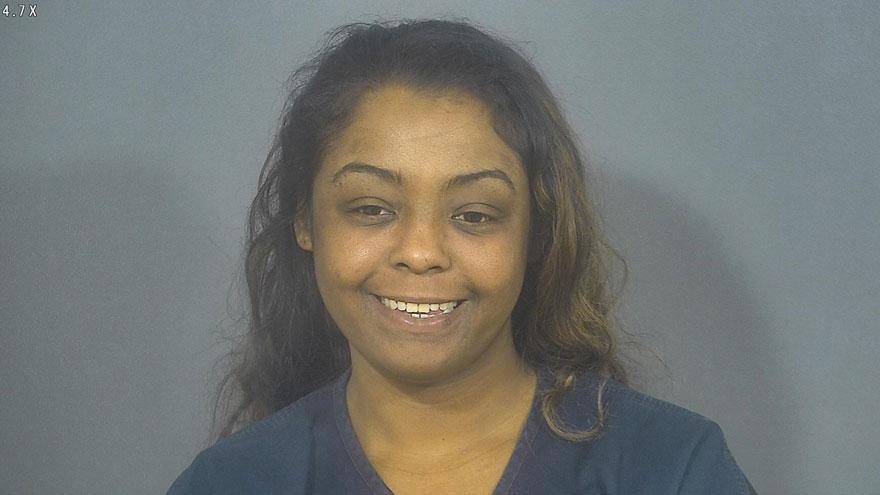 ST. JOSEPH COUNTY, Ind. -- A shooting victim who was being released from the hospital was arrested for allegedly refusing to leave, resisting officers and threatening to bite off an officer's genitals, according to court records.

On December 24, Memorial Hospital police officers were asked to remove a patient from the Emergency Care Center because she refused to leave.

Tameka Williams was at the center getting treatment for a gunshot wound to the finger, reports said.

Williams refused to leave and was screaming they had taken her phone and pants, reports said.

Memorial police told Williams South Bend Police had seized those items as evidence in the shooting.

Williams was escorted from the facility and officers watched her leave and cross the street.

Sometime later, one of the officers saw Williams in the lobby struggling with another officer who was attempting to put her in handcuffs, according to the probable cause affidavit.

Once she was placed in handcuffs she was escorted to the security office.

In the office, Williams continued to yell and demand the return of her property, reports said.

Williams refused to comply with staff and kicked one of the officers, according to the probable cause affidavit.

When Williams was told she committed battery by kicking the officer she replied, "I don't give a [expletive deleted] and threatened to bite off the officer's genitals, reports said.

Williams has been charged with resisting law enforcement, battery against a public safety official and intimidation.