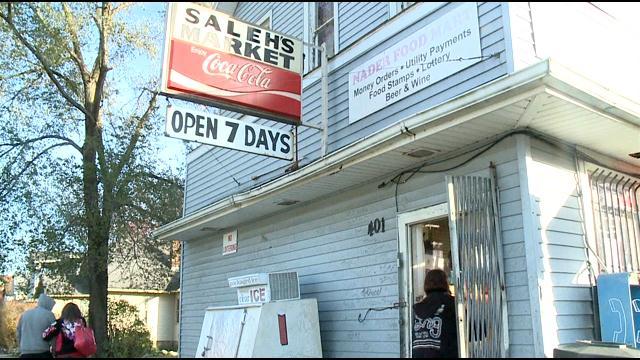 For the fourth time in just over a year, and the second time in a matter of days, there was a shooting near Saleh's Market.

Shots were fired around 2:15p.m. Sunday afternoon at Saleh's Market in the 400 block of Middlebury Street just south of downtown Elkhart.

This is the same store where last September, 2 employees were shot and killed in an attempted robbery.

Then again this July, shots were fired during another attempted robbery.

Last Thursday, a man was shot while walking outside the store.

"It's just a continuous thing and if we don't stop it then it's just going to keep growing and then it's all going to be bad," said Courtney Dolittle.

Dolittle is the mother of a 7-month old and lives just around the corner from Saleh's Market.

"I just get the things that I need to go home because in just two seconds, somebody can get killed."

Officers say there are no reported injuries related to the shooting.

No arrest have been made in connection with the incident, although police are still investigating.

They ask that anyone with information please contact the Elkhart Police Department at (574)-389-4777.