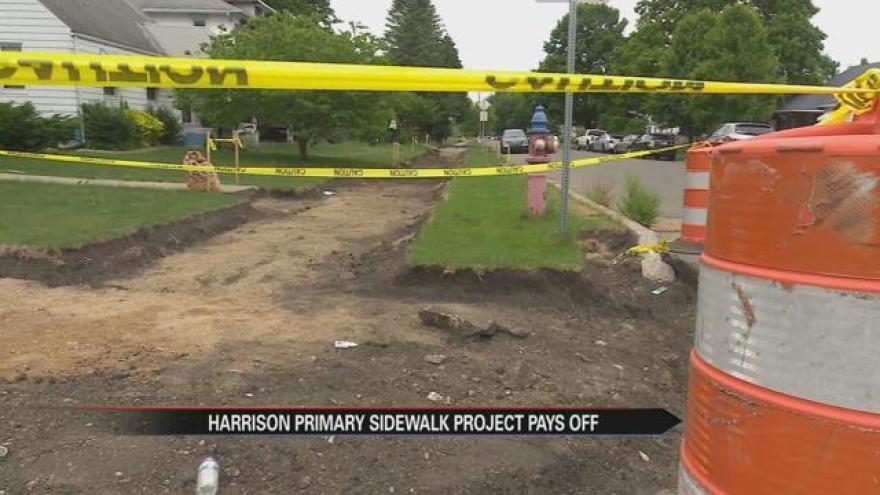 Neighbors are sending high praise to Harrison Primary School students after their class project leads to major community investment in their neighborhood.

Over one million dollars in sidewalk renovations are underway thanks to those students plea for safer routes to their school.

“It’s totally off and uneven, the kids couldn’t ride a bike or anything,” said neighbor Daniel Clayton.

Walking down Falcon Street drove the neighbors there crazy.

“One would be raised above another, you got to prepare for that big jump,” said neighbor Sierra Swanson.

Kids in the neighborhood had to make big jumps on their way to school.

Around this time last year, they’ve had enough so they took their issues to the mayor.

One year later, major groundwork was in the works.

“We’re putting about $1.5 million worth of sidewalk and curb ramps in which equates to about 22,000 feet of sidewalk and about 200 handicap ramps,” said Eric Horvath, Executive Director of Public Works.

And that’s change coming partly because of children.

“God bless them because obviously it wouldn’t have got done, probably,” said Clayton.

It’s change other schools could look forward to as well.

The city’s Safe Routes to School Initiative is partially funded by federal dollars.

The city is only covering 20 percent of this $1.5 million dollar project.