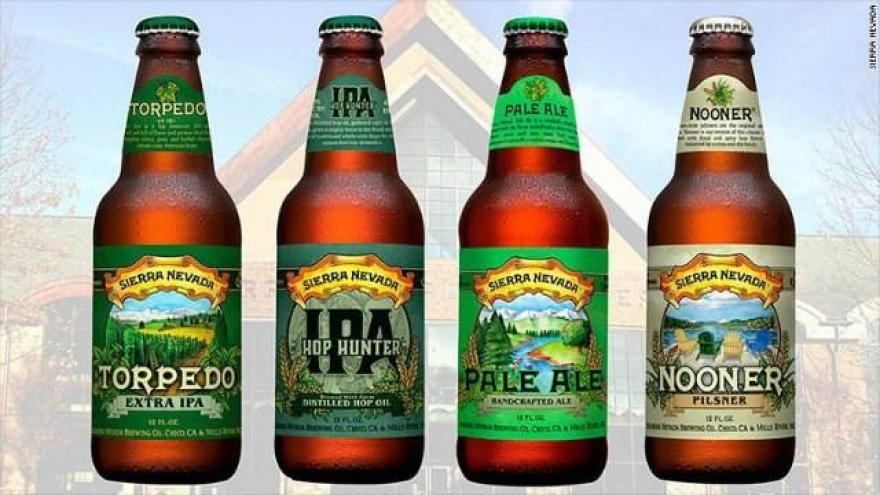 NEW YORK (CNNMoney) -- Sierra Nevada is recalling its beer in 36 states because glass can break off and fall into the bottle.

The company said an inspection of its brewery in Mills River, North Carolina, "detected a very limited number of bottles with a flaw that may cause a small piece of glass to break off and possibly fall into the bottle, creating a risk for injury."

The recall applies to beer sold from Maine to Florida and across the Midwest, as far west as Texas and South Dakota.

Sierra Nevada said anyone who has purchased it is eligible for a refund. The company is removing the beer from stores.

Mike Bennett, the chief supply chain officer, said in a statement that he believes only one in about 10,000 bottles is affected, and the company has not received reports of injuries.

Sierra Nevada is based in California, where it has a brewery in Chico. The label on the Chico-brewed beer, which is not part of the recall, is marked with a C, while the Mills River beer is marked with an M.