Simone Biles says she, too, was abused by former USA team doctor 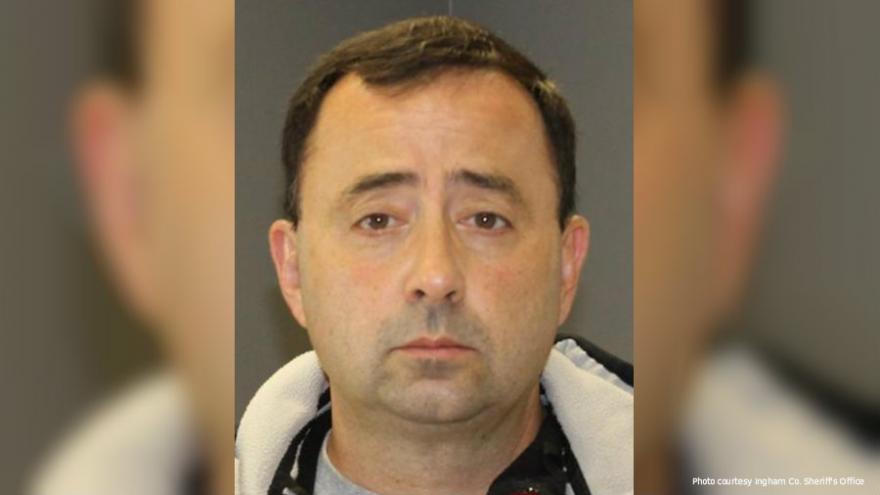 (CNN) -- On the eve of former USA Gymnastics team doctor Larry Nassar's sentencing for sexually abusing girls in his care, American gymnast Simone Biles has come forward to say me, too.

"I, too, am one of the many survivors that was sexually abused by Larry Nassar," she said Monday afternoon in a Twitter post with the hashtag #MeToo.

"There are many reasons that I have been reluctant to share my story, but I know now that it is not my fault."

Nassar was the team doctor for USA Gymnastics through four Olympic Games, treating young hopefuls and gold medal winners. His case illustrates the drive of the #MeToo movement to call out serial predatory behavior and the forces that enable it.

This experience 'does not define me'

More than 140 female athletes said they were abused by the once-respected doctor, including Aly Raisman, Gabby Douglas and McKayla Maroney, members of the "Fierce Five" US Olympic gymnastics team that won the gold in 2012. Many said they were pressured into silence by powerful institutions, including USA Gymnastics, the sport's governing body in the United States.

In response to Biles' statement, the organization pledged "unwavering" support for Biles and others who have "courageously" come forward.

"USA Gymnastics is absolutely heartbroken, sorry and angry that Simone Biles or any of our athletes have been harmed by the horrific acts of Larry Nassar," the group said. "We are our athletes' advocates. USA Gymnastics will continue to listen to our athletes and our members in our efforts of creating a culture of empowerment with a relentless focus on athlete safety every single day."

Biles, now 20, joined the US Olympic gymnastics team in 2016, winning the individual all-around. Though her statement did not include specific allegations against Nassar, she described experiencing abuse under the guise of "special treatment," a recurring claim from Nassar's victims.

"This behavior is completely unacceptable, disgusting, and abusive, especially coming from someone I was TOLD to trust," she said Monday.

She, too, called out USA Gymnastics for its alleged role in allowing Nassar to prey on young girls for decades.

"For far too long I've asked myself 'Was I too naive? Was it my fault?' I now know the answer to those questions. No. No. It was not my fault. No, I will not and should not carry the guilt that belongs to Larry Nassar, USAG, and others.

"After hearing the brave stories of my friends and other survivors, I know that this horrific experience does not define me."

Dozens of victims expected to speak

He worked at Michigan State University from 1997 to 2016 as an associate professor, and he served as the gymnastics and women's crew team physician. In his plea, Nassar admitted to sexually abusing patients under the guise of providing medically necessary treatment in instances as far back as 1998, some of which involved girls under 13.

Several days have been set aside in Nassar's sentencing for victim impact statements. At least 88 people are expected to speak, according to the Michigan Attorney General's Office.

At his plea hearing, Nassar apologized and compared his crimes to "a match that turned into a forest fire."

Allegations of a culture of complicity

Biles' teammates and others have repeatedly accused USA Gymnastics of complicity in Nassar's abuse. In 2017, the organization said it would implement 70 policy change recommendations from an independent investigator.

In a lawsuit, Maroney said USA Gymnastics paid her to be quiet about the abuse, which she said began when she was 13.

University of Oklahoma gymnast Maggie Nichols said she and a coach reported abuse by Nassar to USA Gymnastics in 2015, a few years after Nassar began treating Nichols for a back injury. USA Gymnastics said it hired an independent investigator to look into her allegations.

Raisman said she was first treated by Nassar when she was 15. She called for a thorough investigation of a system that she said enabled a "monster" to thrive for decades by silencing victims.

On Monday, Raisman praised Biles for coming forward and vowed to stand with her.

"I know we will all get through this together," Raisman said on Twitter.

In her statement Monday, Biles said she hoped for the kind of reckoning that would prevent serial predators from striking again.

"We need to know why this was able to take place for so long and to so many of us. We need to make sure something like this never happens again."