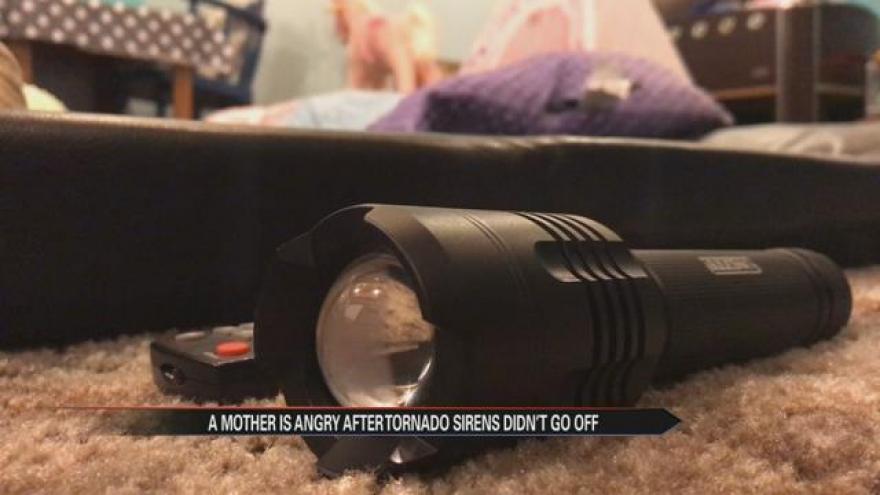 Several residents around St. Joseph County are frustrated after a tornado warning was issued Tuesday night but no one heard sirens go off.

“That could have been the different between life and death and that’s something that I don’t think should be taken very lightly,” said Sarah Brady, a South Bend resident.

One South Bend mom is especially upset. She says her and family of four were watching TV when they first noticed the tornado warnings at the bottom of their screen.

“Then all of a sudden our phones were blowing up with ‘get to the basement’ ‘seek shelter’ you know ‘there’s a tornado’ and we were questioning it because the sirens were not going off,” said Brady.

A tornado warning was issued at 9:45 p.m. in St Joseph County, but none of those sirens sounded.

“In the end we decided to go down there because of what the television was saying as well as what our phones were saying,” said Brady.

ABC57 News reached out to St. Joseph County Emergency Management Agency who confirmed that no sirens went off in the county and soon after, they released a statement saying it was due to a glitch. But Sarah Brady says that’s not good enough.

“That made us really uncomfortable and really nervous because we expect those sirens to go off. That is something that we pay for as taxes. If they knew there was a problem, why there wasn’t a backup plan,” said Brady.

And she wants answers moving forward.

“The sirens are the way that you alert the entire city and the entire county of a situation what is the plan going forward to make sure this doesn’t happen again,” she said.