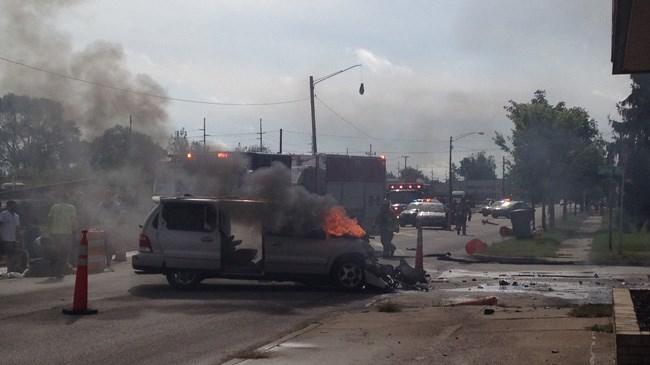 Six people were injured when a mini-van struck a vehicle, construction equipment and a dump truck, then caught fire in Elkhart Friday morning.

Elkhart Police and the Elkhart Fire Department were dispatched to an accident on South Main Street and Capitol Boulevard.

Elkhart Police say a minivan was traveling northbound on South Main Street at a high rate of speed.

It struck a vehicle, a piece of construction equipment and a dump truck, which caused a diesel fuel leak, police said.

The mini-van then caught fire.

At least one motorist stopped and helped passengers get out of the minivan.

Two were transported to Memorial Hospital in South Bend in critical condition.

The area where the accident happened was closed for several hours.