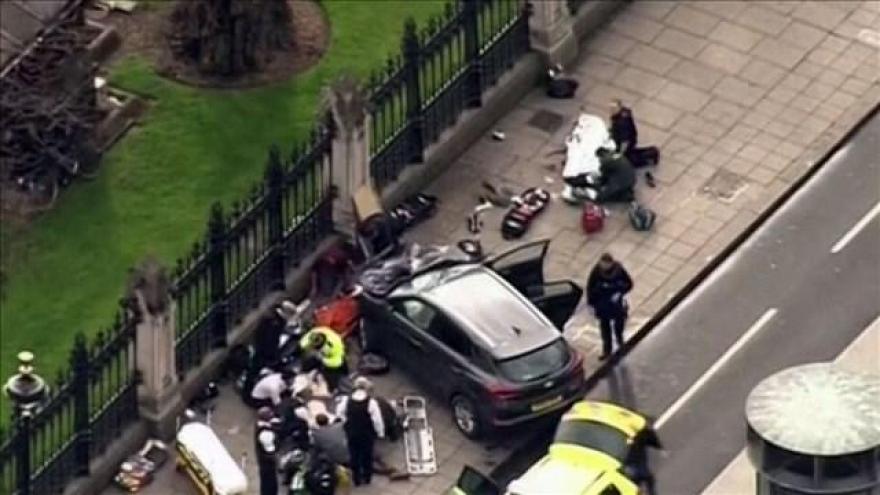 Instead, he was one of four people killed in Britain's most lethal terror attack since the 2005 public transit bombings.

The assailant was shot dead near London's Houses of Parliament after the chaotic rampage. The suspect drove a car through crowds of people, injuring dozens before crashing into a fence outside the Parliament building.

Witnesses said he got out of his car brandishing a knife that he used to fatally stab Palmer.

A member of the parliamentary and diplomatic protection command, Palmer was not carrying a gun, Metropolitan Police Acting Deputy Commissioner Mark Rowley said in an evening news conference.

"He was someone who left for work today expecting to return home at the end of his shift and he had every right to expect that to happen," Rowley said.

Bystanders rushed to Palmer's aid as he lay bleeding on the cobblestone street, including Conservative Member of Parliament Tobias Ellwood. But there was nothing they could do.

"Keith Palmer was killed while bravely doing his duty, protecting our city and the heart of our democracy from those who want to destroy our way of life," London Mayor Sadiq Khan said.

"He personifies the brave men and women of our police and emergency services who work around the clock to keep us safe - tonight all Londoners are grateful to them."

Palmer was a 48-year-old married father with 15 years of service, Rowley said.

At Scotland Yard, headquarters of London's police service, flags were flying at half-staff on Wednesday evening, in honor of Palmer and the other victims.

His death drew tributes from MPs including Conservative James Cleverly, who said he served with Palmer in the Royal Artillery before he became a "copper."

The remaining victims have not been identified.