Slain Syrian activist and her American daughter buried in Istanbul 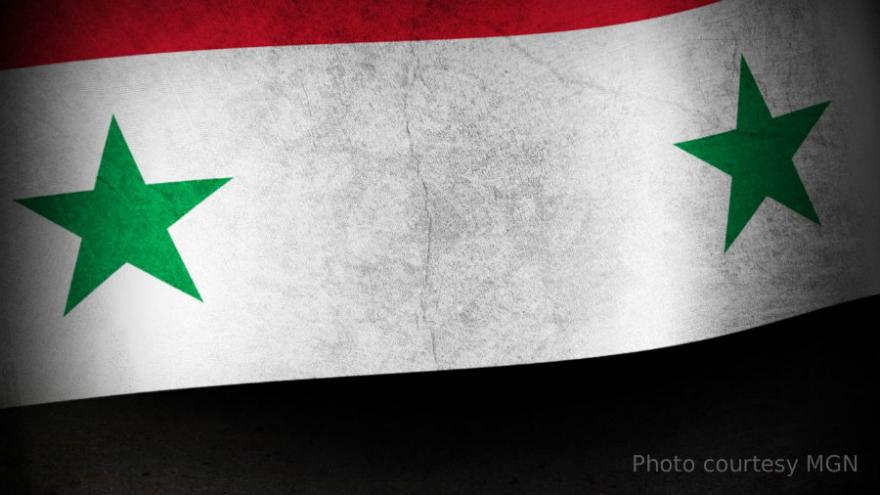 (CNN) -- Mourners gathered at a mosque in Istanbul on Saturday to pay their respects to a Syrian activist mother and her American journalist daughter who were found slain in their home on Thursday.

Their coffins were laid out on marble slabs in front of the mosque and draped in the three-star Syrian revolution flag -- a tribute to Ouruba Barakat and her daughter Halla's commitment to the uprising in Syria. Their prayer services were held at Fatih Mosque as crying friends and family looked on.

Some funeral attendees flew flags with "Free Syria" written on them.

The Istanbul killing was uncovered when friends began to worry that 22-year-old Halla was not responding to phone calls and text messages. They notified authorities, who discovered the stabbed bodies in their home located on the Asian side of the Bosphorus River.

They had been wrapped in a blanket with detergent poured over it, state news agency Anadolu reported. Authorities suspect the detergent was used to cover up the smell, according to Anadolu. There was no sign of forced entry in the preliminary investigation, the news agency said.

"The crime happened sometime between Wednesday morning and Thursday afternoon," said Moatez Shaklab, secretary general of the Syrian Revolution Coordinators Union, which the Barakat family authorized to speak on its behalf.

Shaklab told CNN that the elder Barakat had recently received threatening telephone calls for her work with the Syrian opposition. "Someone told her over the phone that now is the time to silence you," he said. "She didn't take the threats seriously because her activism work had granted her many similar threats in the past."

The family last lived in Syria for more than a decade before the civil war began.

Ouruba Barakat, 60, an activist who also was a journalist, was a critical voice against the regime of Syrian President Bashar al-Assad. She was a former member of a Syrian opposition group and active in helping Syrian refugees in Turkey.

Family friends who knew Ouruba describe her as having a strong character.

"She challenged her society from the day she began her work in the media," said Rand Skhita, a 32-year-old human rights activist who had once lived in the same neighborhood as the Barakat family in Idlib City, Syria.

Skhita said they used to vacation together when Halla was just a "sweet little girl who spoke broken Arabic."

The United States condemned the slayings and promised to follow the investigation closely.

"The United States is deeply saddened by the deaths of Arouba and Hala Barakat. Hala served as a journalist for Orient News and we remember the courageous work of her mother, Arouba, a Syrian activist who reported on the Syrian regime's atrocities," Heather Nauert, spokeswoman for the US State Department, said in a statement.

Funeral attendees spoke of the pair as having a bond that transcended the traditional mother-daughter relationship. "They were everything to each other; they were one soul," said Sarah Leila, a friend of Halla's from Orient.

Halla was a committed journalist who would rarely stop working but for the shortest lunch break, said Leila. Halla would attend every Syrian opposition event she could. But it was her easy laugh that most drew people to her. "She would always laugh. Even at the really really bad jokes," Leila said.

Like her mother, Halla also worked with community groups. During Ramadan, she organized fast-breaking dinners for disadvantaged people in a rundown part of Istanbul. She believed that young people could make a change, according to friend Sarah Khalbuss, who was at the funeral.

"Halla was like a light in the room. She had a beautiful laugh and a powerful presence. The two came together so beautifully," said Khalbuss, who volunteered at the same community group as Halla.

When she heard about the killings, Khalbuss was with a group of Halla's close friends: "It was a very very dark feeling... we felt like the (Syrian) war was following us."