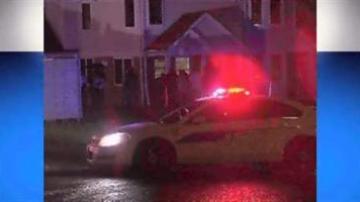 YOUNGSTOWN, Ohio. – Ohio police are looking for the shooter who killed an 8-year-old boy with a stray bullet.

Police say the bullet hit the boy in the head while he was asleep at home in an apartment complex in Youngstown.

A coroner ruled the boy's death a homicide. Police plan to question 21-year-old Shawn Ramone Wilson in connection with the case.

Wilson has not been named a suspect. Right now police are only looking for him.

Police say shell casings, found at the scene are from an assault weapon similar to an AK-47.