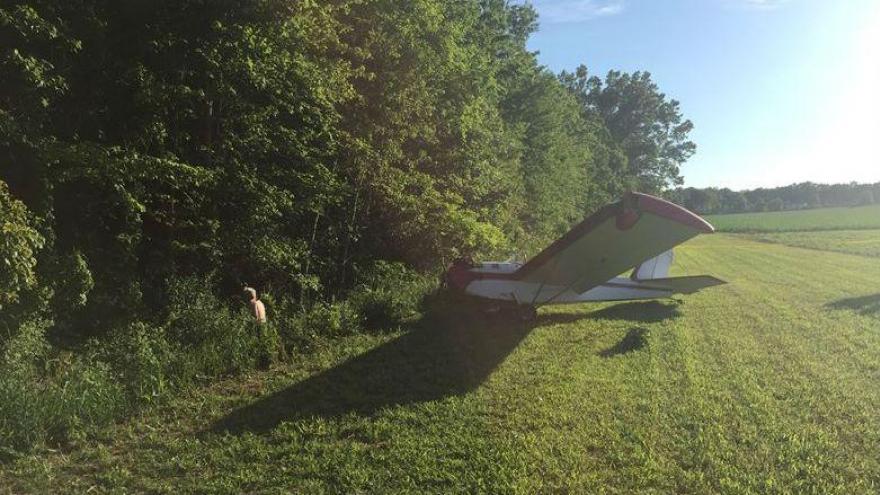 Dispatch confirms a two-seater plane crashed in the 60000 block of County Road 127 in Jefferson Township.

Only the pilot was on board. Dispatch says there were no serious injuries but the pilot did have a bloody nose.

According to our reporting partners at The Elkhart Truth, the pilot was landing on a grass strip he usually uses but that's when the plane veered off into a ditch nearby. The plane was leaking fuel into the water until the pilot removed it with a tractor.

Units from the Jefferson Township Fire Department and Elkhart County deputies remained on the scene. The Federal Aviation Administration has been contacted to assist with the investigation.

The Indiana Department of Natural Resources also has been requested to the scene.