Sunny skies across Michiana Monday were obscured by a milky haze. Smoke from another record wildfire season across the Western United States is once again moving into Michiana skies.

Most of this smoke is staying in the upper atmosphere, but some is making it closer to the surface. South Bend's air quality meter did move into the yellow category on Monday.

Smoke particulate is detectable at the surface, levels just breaking the threshold to move into the YELLOW in South Bend.

This is not a huge concern at this time, but could be if the pattern stays stagnant ( it won't). #inwx #miwx pic.twitter.com/AQBDqXZNQZ

As of Monday morning, 80 large fires were burning across the United States, with almost half of those burning in either Idaho or Montana. California had nine large fires burning. In total, more than a million acres of land was burning from active fires. 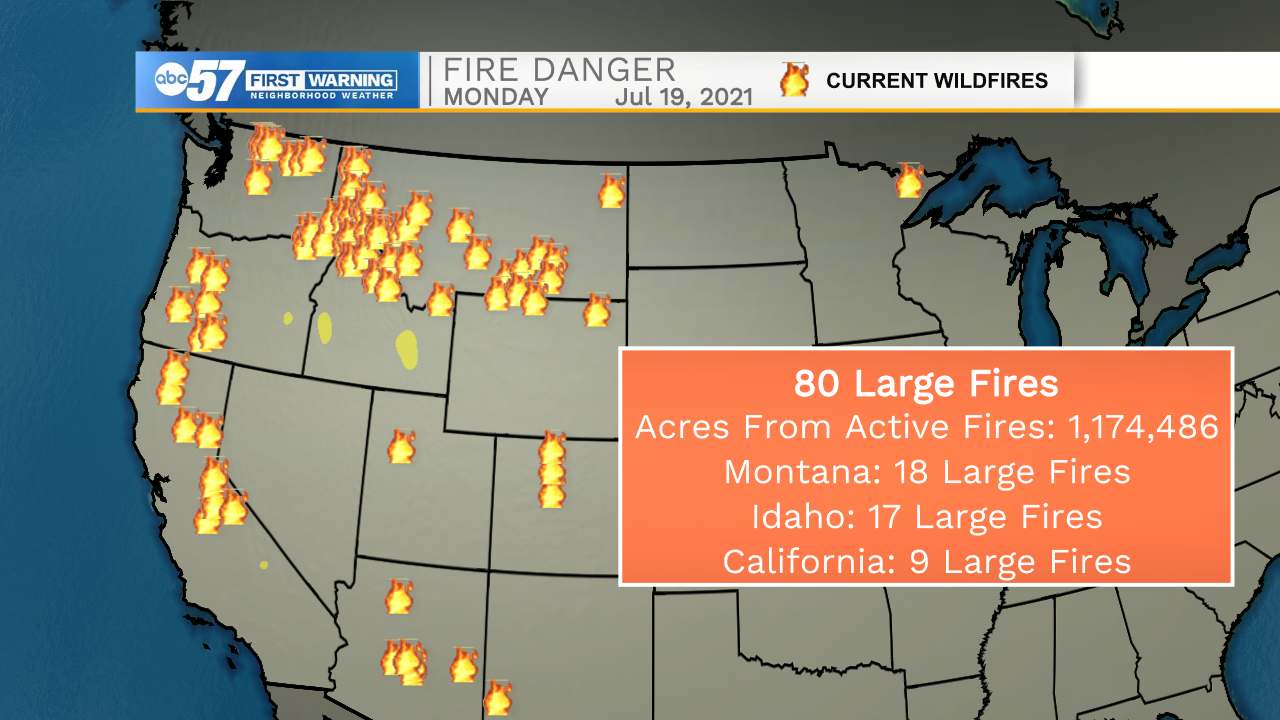 Skies are expected to remain hazy Monday night and Tuesday across the Midwest. This means sky-gazers can expect more sunrises like this, which was captured by the NWS Gaylord's webcam last Saturday. 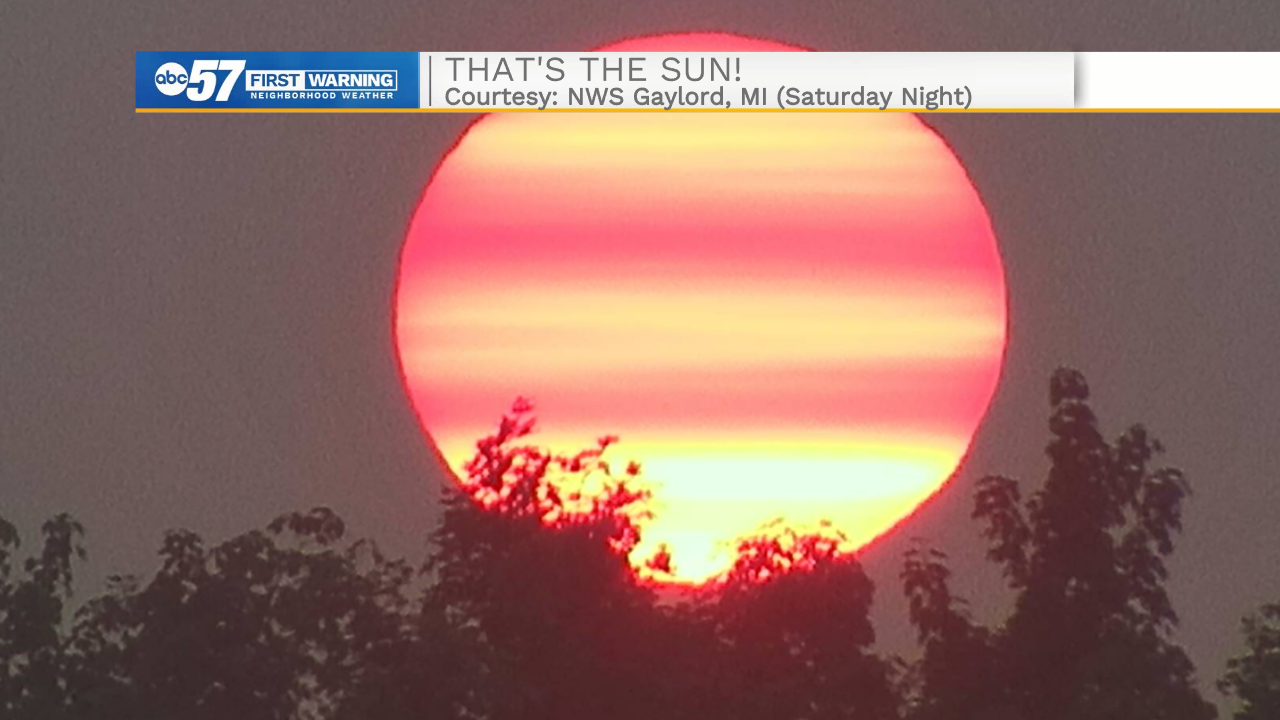 Locally, smoke will be the most prevalent across Michiana skies during sunrise on Wednesday morning. 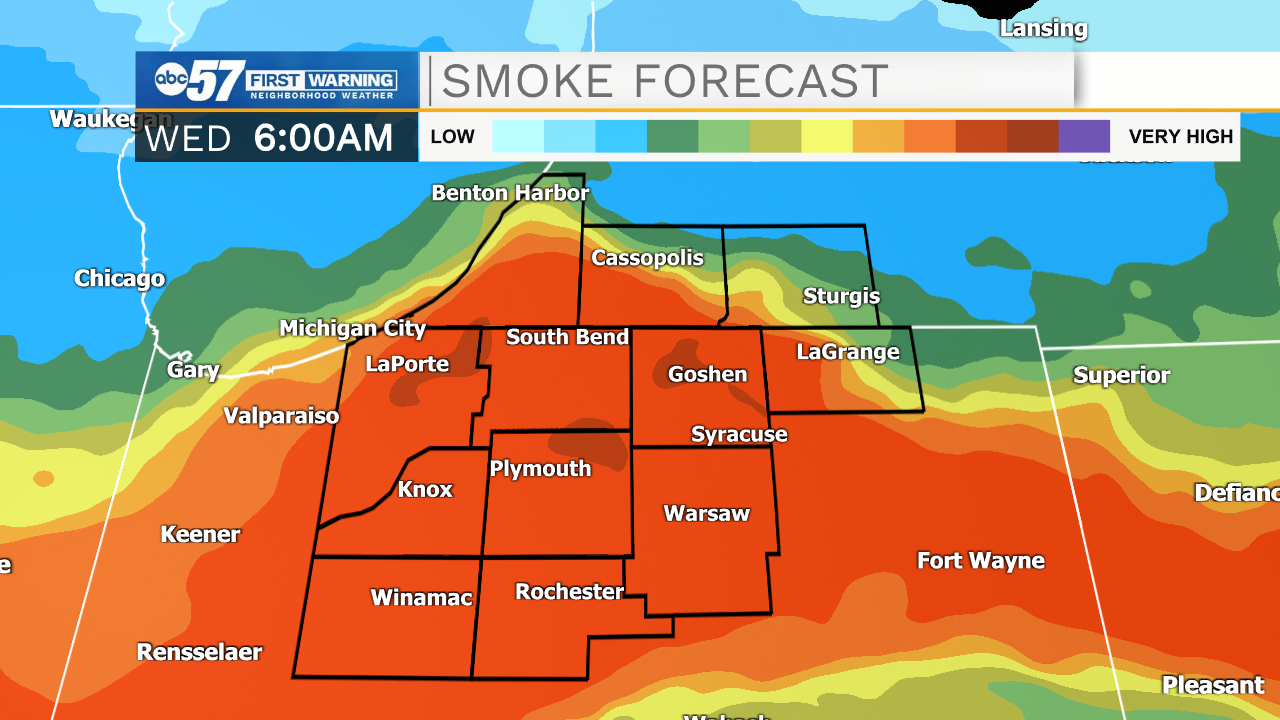