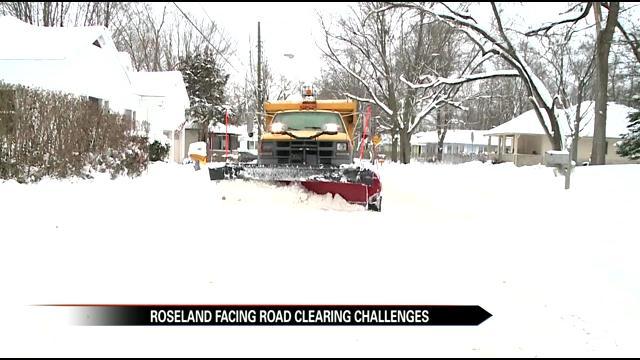 No snow is in the forecast, but road conditions across Michiana forced some parents to keep their children home from school.

William Horn is no stranger to winters in Northwest Indiana.

He's grown accustomed to the snow and frigid temperatures.

But Horn said no matter the experience – driving on snow covered, icy roads are a danger.

“The other night we hit a couple slick spots and I was like you know, didn't see that coming,” Horn said.

That's why on Monday, he kept his son home from school.

“I was just worried about getting him there and getting him home I didn't want nothing happening,” Horn explained.

Days after heavy snowfall, Horn said the roads across Michiana are still unsafe.

He is especially cautious of side streets where's he's seen drivers slide as they turn onto main streets.

Roseland Street and Maintenance worker Mike Schalk said it's been a challenge to keep roads clear, having to deal with tricky, winter weather patterns.

“It's been a handful. Especially when you get the light snow and get the wet snow on top of it. And it gets packed down. Makes it a lot harder to get off the streets,” Schalk said.

Schalk will spend the rest of the day plowing and salting the roads, hoping to get them down to the pavement.

Then, with no snow expected for the rest of the week Schalk hopes to get some rest.

“Hopefully we've got a clean rest of the week and that will give us a bit of a break to where we can all gather our thoughts and get a little rest and go back at it again when we get hit,” said Schalk.