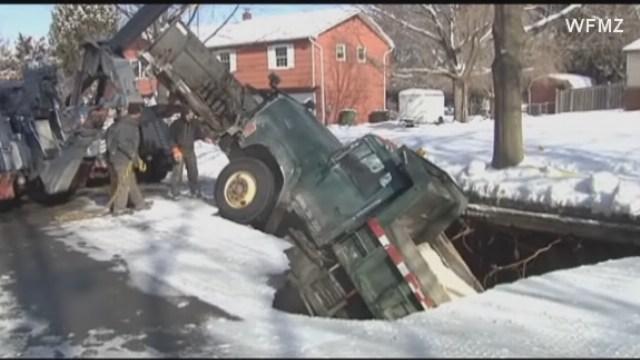 A sinkhole opened up in Warren County, New Jersey on Tuesday and swallowed a snow plow.

It happened in the middle of a residential street.

It took two hours to get the truck out of the 15-foot hole.

The resident who called 9-1-1 says he was surprised the driver wasn't hurt.

"Fortunately the driver, and I don't know how he did it, was able to climb out of it on his own,” said Craig McCambridge.

The driver was checked out at a local hospital and released.

McCambridge said his wife drove over the same area just moments before the snowplow fell through.