Soccer mom accused of being a madam speaks out 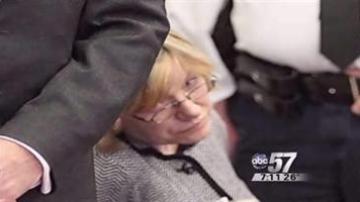 MANHATTAN, N.Y. -- The soccer mom, Anna Gristina, accused of making millions off a sex service is speaking out.

The Manhattan mother has been called The Upper East Side Madam.

She is now in custody and told The New York Post, prosecutors were trying to force her to name clients.

Gristina said that she has known the people for a long time and they are in politics, investing and real estate.

Her attorney insists authorities have taken Gristina's words out of context.

The New York Post also got exclusive pictures from her alleged love nest.

It's estimated that she generated $20 million from prostitution in the past 15 years.