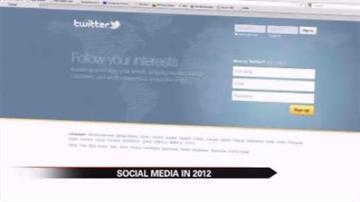 Experts are now saying that 2012 was one of the biggest years yet for social media.

As every major event, disaster, and tragedy unfolded, tons of information was found on Twitter.

Shortly after President Obama was re-elected he tweeted out "four more years" and it quickly became the most popular retweet in Twitter history.