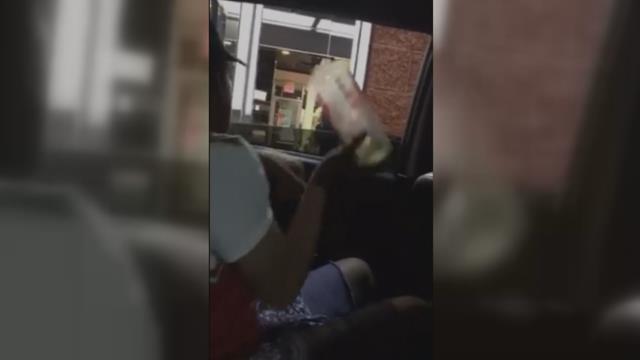 Elkhart Police are continuing their investigation into a situation where a passenger allegedly threw gas at a woman working at a drive-thru.

It happened just after 1:30 a.m. on Friday, May 20th at the McDonald's on South Nappannee Street in Elkhart.

New video was posted to Facebook then taken down Saturday, May 28th showing a passenger throwing gasoline at an employee.

The act was caught on camera and the victim, Kayla Prater, spoke with ABC 57 via phone about the incident.

In the video posted, you see three males pull up to a McDonald's drive-thru in Elkhart.

The man in the rear passenger seat holds a 7-Eleven cup filled with what police say is gasoline and throws the liquid at the employee through the window.

Prater is a manager at the location and says she is still afraid to go back to work and that she wants justice.

Elkhart police say the investigation is ongoing and no arrests have been made.