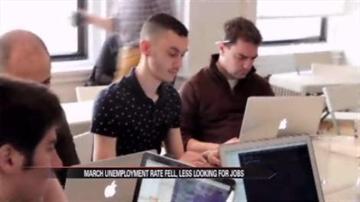 The unemployment rate fell in March. Some say it's because many people gave up and stopped looking for work.

The number of jobs created was the lowest in nearly a year.

Economists say businesses worry about the impact of $85 billion in spending cuts.