Someone finds a message in a bottle 50 years later 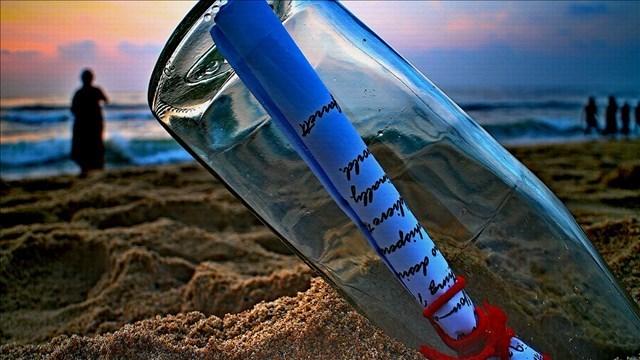 The message, sent from New Hampshire, was found by Clint Buffington, a teacher and musician from Utah, who was vacationing in the Turks and Caicos islands.

Buffington said he found a bottle buried in the sand on a beach and could make out some writing.

"On the paper, there was something written in pencil -- like handwriting -- it said, 'Look inside,'" he told CNN affiliate WMUR.

Inside was a note that said, "return to 419 Ocean Blvd. and receive a reward of $150 from Tina, owner of the Beachcomber."

Those words referred to the Beachcomber motel in Hampton, New Hampshire.

Paula Pierce's parents owned the motel in the 1960s.

Pierce said her father wrote a joke, put it in a bottle and threw it in the Atlantic Ocean decades ago.

Buffington flew to New Hampshire to deliver the message to Pierce in person. Her parents died years ago and the Beachcomber has since been sold.

She said it was a shock to see her father's handwriting.

"This is special because it brings back a piece of him, a piece of her, a piece of my childhood, a piece of the Beachcomber," said Pierce. "All of these things are very hard to lose."

True to her father's word, Pierce gave Buffington the $150.