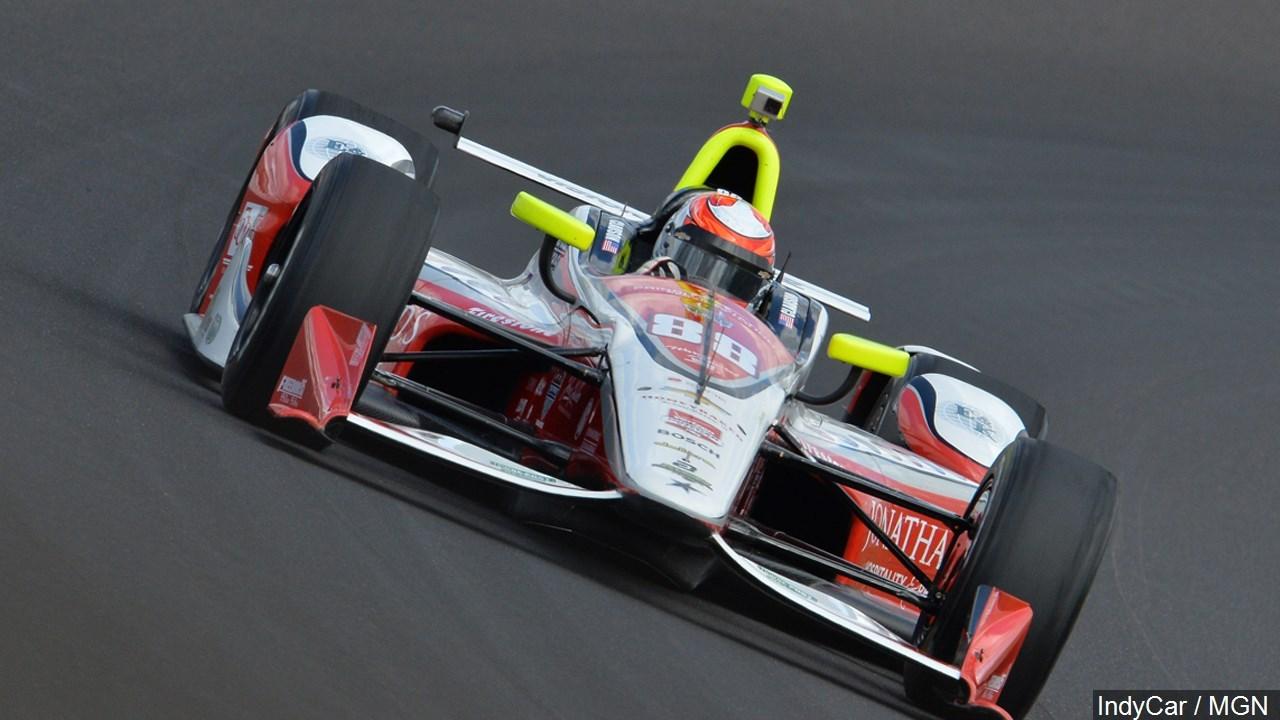 Danny Thompson clocked in Sunday at over 402 mph in Challenger 2, a sleek blue streamliner he and his team built on the chassis of his father's 1968 race car.

The feat brought the 66-year-old racer out of retirement and cost him his life savings. But it fulfilled a dream 48 years in the making.

Bonneville, a dry lake bed on the Utah-Nevada border, is prized by auto racers for its mystical flat white expanse of salt. When the salt hardens during the hot summer, it shimmers and the mountains seem to float above the horizon.

It also becomes remarkably fast to drive on. And, the course rises a mere six inches from the starting to the finish lines.

Despite mechanical problems and two consecutive rainouts, Thompson was determined to honor his father's memory by breaking Bonneville's national speed record for piston-driven engines. He never questioned whether he would do it; it was more a question of when.

"I wasn't quitting until it got done," Thompson said at the finish line. "There never been any doubt. It was going to happen."

"This is what we came here for," a beaming Thompson said Saturday after his 411 mph run. He spoke with the confidence of a man who had earned his speed and was looking for more.

"What does it take to go 400 mph on salt? You know, it takes determination," he said. "It takes guts, for sure. And ambition. How bad do you want it?"

"What's the 4-1-1? Danny Thompson is the 411," said wife Valerie Thompson, playing on his speed Saturday at the 5-mile mark. A little farther down the course, at a spot where Thompson was supposed to be slowing down and exiting, he was unofficially clocked Saturday at 416.

There are faster cars on the salt at Bonneville, but they are powered by rocket or jet engines. Thompson's is a more classic piston-engine vehicle, even if it runs on a brew of nitro-methane and alcohol and gets .1 mile to the gallon.

Thompson was a boy when his father went 406 mph in Challenger 1 in 1960. But the elder Thompson never held the official record because his car broke down and couldn't make a second trip. Racing rules require two trips on the 8-mile course, and official speeds are recorded by averaging the top speeds of each run.

Like his dad, Danny Thompson had broken the unofficial speed record once before, in 2014. He went 419 mph in Challenger 2, the car he and his team updated on the framework of a car Mickey Thompson had planned to race in 1968.

But he never got the chance to race the car. That year, a sudden rainstorm turned the salt flats into a lake.

Like his father before him, Thompson topped 400 mph once and then faced a series of setbacks, including a blown clutch and consecutive rainouts at Bonneville.

He returned to the salt in 2016, determined to complete both runs for the record. The course, which is thinner and softer than in past years, stretches straight ahead for 8 miles, giving drivers enough space to slow down after hitting the 5-mile mark.

Mickey Thompson abandoned his dream when he lost a sponsorship, but he made a fortune with his companies: Mickey Thompson Performance Tires, used by drivers at the Indianapolis 500; and Mickey Thompson Entertainment Group, which held indoor shows featuring motocross and off-road vehicles.

In late 1987, the two agreed to take Challenger 2 out of storage and go for the record. This time, the plan was for Mickey to handle the business end, and for Danny to drive. But just months later -- on March 16, 1988  Mickey Thompson and his second wife, Trudy, were gunned down in the driveway of their Southern California home.

The case went unsolved until 2001, when an embittered former business partner was charged with two counts of murder in Orange County. The case was tossed out over jurisdictional issues and refiled in Los Angeles County. In January 2007, the ex-partner, Michael Goodwin, was convicted of the Thompson murders and sent to prison for the rest of his life.

Judy Creach was a young mother raising two kids when she watched her husband, Mickey Thompson, become the first American to go faster than 400 mph. Now 86, she beamed as she watched her son do it twice this weekend.