South Bend activists will lie down and die-in 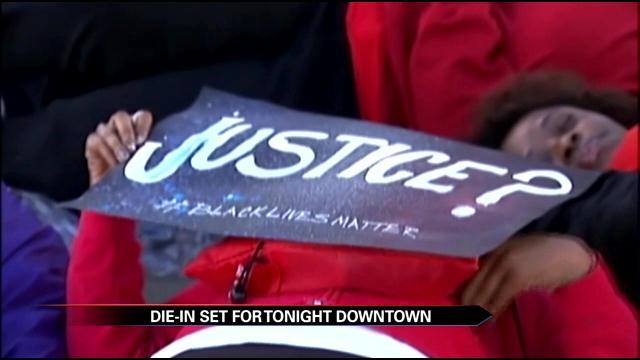 Several people held a die-in in South Bend to bring attention to victims of police violence and racism.

David Guthrie of South Bend will attend the die-in at 530 p.m..

“So there have been a number of cases of course of police brutality in the last year, in the last few weeks that have been dismissed by grand juries and courts. And there are two major factors we really want to address,” says Guthrie.

In 2011, Guthrie participated in Occupy South Bend and says the die-in will stand for violence against black youth by authority and viewpoints that non-compliance with an officer calls for the use of force.

These issues have been seen recently in places like Ferguson, New York, and Cleveland. But why is this topic important in South Bend?

Guthrie said, “South Bend is very well positioned to have a meaningful dialogue and impact on a national scale. I believe that South Bend is sort of an ideal place to actually have a real conversation about this. We have had some problems of racism and police violence here in recent history.”

After participating in other protests, Guthrie has seen the community's reaction and says although immediate change is not a result protesters do start conversations that in turn lead to actions.

“The protest itself doesn't immediately change anything it's really just a show of hands. It's people standing up and saying this is an issue that I care about enough to get off my seat and show up,” says Guthrie.

He hopes that through the simple action of lying on the ground a major change will occur in the discussion on how to deal with police-race relations.

“We are not pushing this good kid narrative any more. It's just regardless of any of that there is a systemic problem of young black men being killed by police officers and we need to examine what's causing that and design a plan to fix that. One the doesn't blame the victim,” says Guthrie.

After the die-in the Common Council will meet at 7 p.m. in the same location. Henry Davis Jr. will be presenting his plan to help better integrate the police force and prevent police violence.
Share this article: