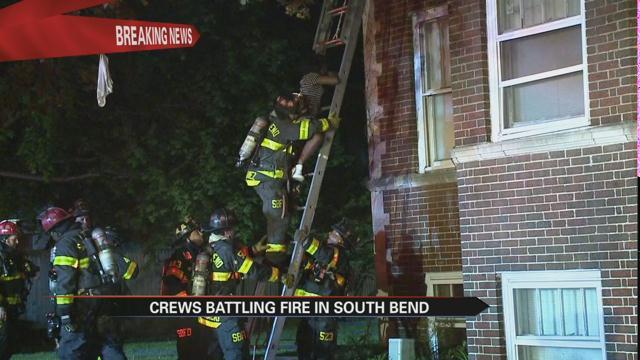 The calls came in that something inside the complex at 617 NW. Washington was on fire around 3:45 a.m. When crews got there, there were no flames visible, but they say the fire started somewhere on the second floor.

Crews rushed in to make sure tenants still inside were able to get out safely.

Two people were taken to Memorial Hospital due to smoke inhalation after being rescued from the third floor.

Vicky Dawson lives inside the building. She says the police banged on the door and woke her up around 3:50 a.m. telling her to evacuate.

According to the South Bend Fire Department, the fire was caused by an unattended candle and has been ruled accidental.

$40,000 worth of damages were done to the apartment building.