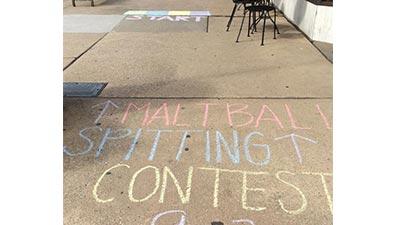 The contests included Malted Milk Ball throwing, spitting, and putting with prizes awarded throughout the day. The state-wide winner won the grand prize of one pound of malted milk balls per week for a year.

Kristina Tressler from the South Bend Chocolate Company says the overall winner was Trey Lull at the Studebagels location with a distance of 27 feet.

The South Bend Chocolate Company began in 1991 and now has four franchises in Michigan, Indiana, and Ohio along with twenty company owned stores.