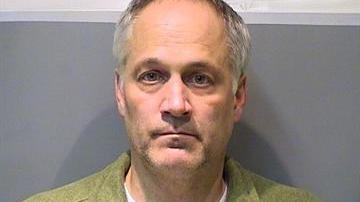 CHICAGO -- A high-profile businessman with a Michiana tie was arrested for trying to board an airplane with a gun!

According to the Chicago Police Department, Mark Tarner, the owner of the South Bend Chocolate Company, tried boarding a plane on Tuesday at 11:13 p.m.

Tarner was going through an x-ray scanner at O'Hare Airport.

The TSA scanner spotted the unloaded weapon in a bag.

Tarner said he thought he had grabbed his travel bag, but it was his work bag in which he carries the weapon.

He admitted to it, and was booked into jail after midnight on Jan. 4.

He was going on a family trip.

He is currently being held in the Cook County Jail on $30,000 bond. He has not bonded out of jail yet.

According to the 2005 Illinois Code - Chapter 720 Criminal Offenses 720 ILCS 545/ Boarding Aircraft With Weapon Act, "It is unlawful for any person to board or attempt to board any commercial or charter aircraft, having in his possession any firearm, explosive of any type or other lethal or dangerous weapon."

Violation of this Act is a Class 4 Felony and if convicted, Tarner could be punished with one to three years in prison, and face fines up to $25,000.