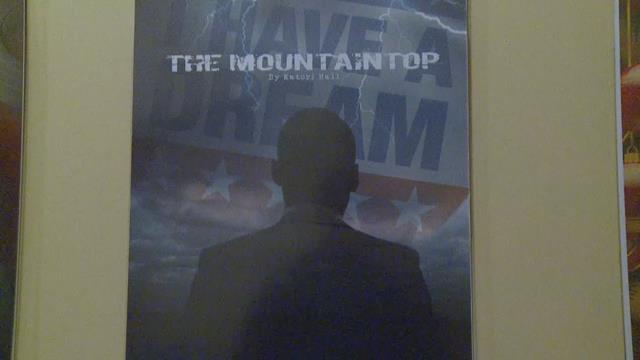 The South Bend Civic Theater wants to use their latest production to ignite greater diversity among their ranks.

"The Mountain Top" is a play by Katori Hall about the last days of Dr. Martin Luther King Jr.

Some portrayals of the role, like Samuel L Jackson's, have garnered national praise. But others have sparked outrage.

Kent State university made headlines in 2015 for casting a white actor in the role of Martin Luther King. In tweets, Hall called the move "tone deaf."

It raised a conversation about casting and diversity in the theater community. Now The South Bend Civic Theater hopes to use their production of "The Mountaintop" as a beacon to bring more diversity to their local productions like Legally Blonde and Mary Poppins.

"The trouble in bringing this up so badly is I don't want the attitude to come up that we just need black actors for this play," said Marlon Deleon with the South Bend Civic Theater. "That's not the case. I'm new to the staff and we want to reach out to the community and build relationships with the Hispanic community and Asian community. Everyone in South Bend."

The Civic Theater is hosting an open house and casting call on July 11 and 12 to get more people involved.

"Having discussions here about branching out cultural diversity are conversations I had while I was at college in Long Beach in California," said Deleon. "So it's not a new conversation and it's not exclusive to this area."