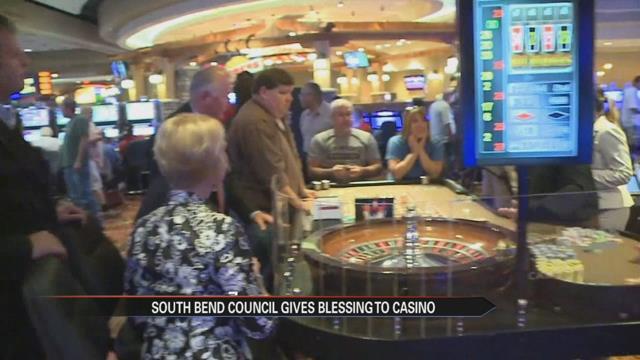 It was a controversial unanimous decision but gambling in South Bend is one step closer to becoming a reality.

Monday, the city’s common council voted to approve the building of a Four Winds Casino.

The Pokagon Band has a sovereign right to operate a casino on tribal land with or without an agreement from the council.

So the city made it clear to folks tonight that it would prefer to benefit from this deal.

There was a very split crowd on the decision but ultimately the common council united to support the casino.

“With it comes the opportunity I think that’s going to bring a lot of really good things,” said Regina Williams-Preston, second district councilwoman.

Before South Bend’s common council gave its blessing to the future gambling site, the mayor explained to the public this decision doesn’t rest on the city.

“Legally we don’t get to decide whether gaming goes forward, but the question before us is do we play a role in how the community benefits?” said Mayor Pete Buttigieg.

The city will get two percent of the casino’s net winnings for almost a century.

In return, a non-compete clause the city agreed to that would prevent other casinos from building in South Bend.

“That ended up being although it wasn’t something that we wanted, we were able to get some other things that were in our favor with regards to the agreement,” said Preston.

The mayor says the benefits outweigh the costs.

“Another for profit gaming entity would essentially come at the expense of the taxpayers who are benefiting from this revenue agreement so it’s natural you’ll see that in the terms of the agreement but I think also it’s just common sense,” said Mayor Buttigieg.

The Pokagon Band is awaiting the approval from the Bureau of Indian Affairs in order to break ground.