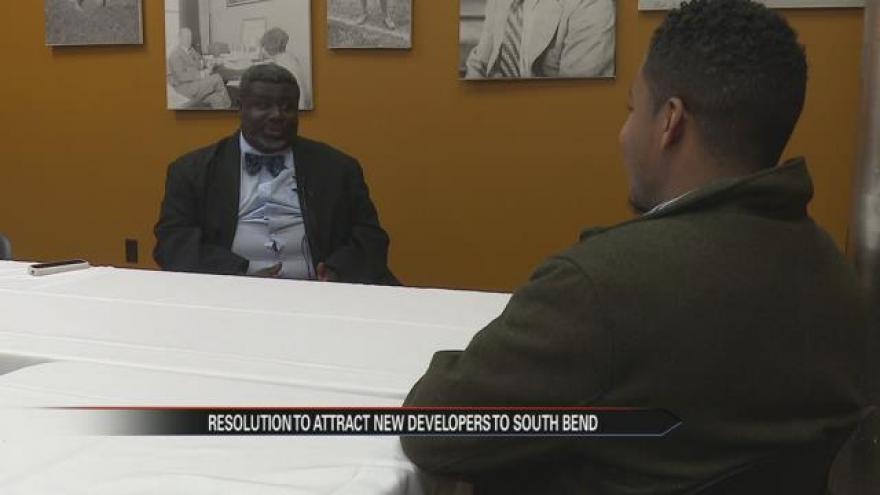 The development happening soon in the East Bank area has South Bend’s common council taking a look at other neighborhoods.

They’re proposing a resolution that could potentially attract new developers to the city.

“We can on an annual or bi annual basis review all of our plans, take a look at them and make sure they are keeping with this booming development,” said common councilman Oliver Davis.

Dave Matthews, LLC’s high-rise project was halted in the Commerce Center in December because it conflicted with the East Bank master plan.

Just hours after an agreement was reached Tuesday, members of the council said they wanted to make sure setbacks like that for developers won’t become the norm.

“We can be adaptable so we don’t lose prize development based on some old plan that planners of that time didn’t know about and think about,” said Davis.

Larry Magliozzi , executive director of the county’s area planning commission decided not to recommend the project four months ago.

“The East Bank plan was still a viable plan and the project didn’t meet the overall goals,” he said.

After the city met a compromise with the developer Tuesday, Magliozzi agreed with the common council that there should be a review of area plans.

“It is always a good idea whenever you have plans in place or plans that have been developed to go back over them,” said Magliozzi.

But with so many differing neighborhood plans, he’s worried this resolution might not be viable.

“There has to be a clear understanding I think to determine which plans are priority plans,” he said.