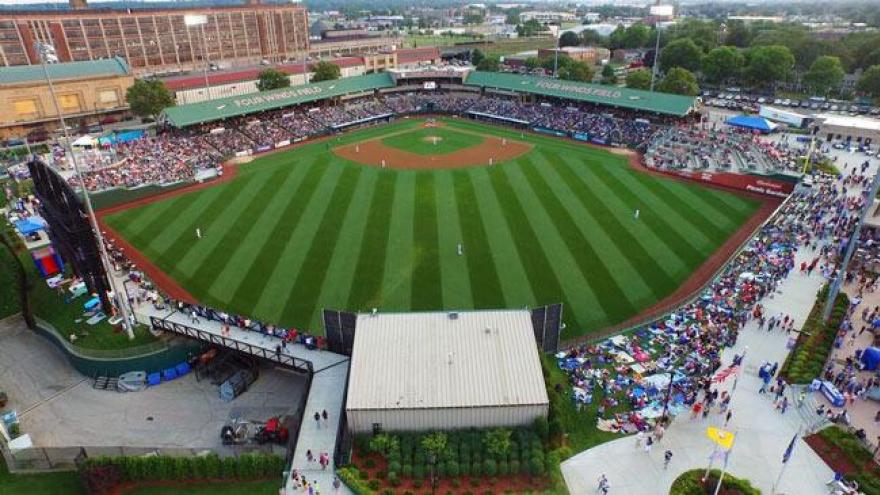 The South Bend Cubs set an attendance record of 347,678 fans for a single season of baseball in South Bend.

The record was set September 4 during the final home game of the 2015 season at Four Winds Field.

“We want to thank the amazing fans who came from a hundred miles in every direction to Four Winds Field all summer long,” team owner Andrew T. Berlin said. “To have reached this new milestone means that the work we’ve been doing to make this a place where families and young people enjoy themselves night after night is working. To all of us at the South Bend Cubs, it’s confirmation that this really is a place where everyone comes to play—and not just the professional team down on the field. But, we’re not done; there’s a lot more to come.”

The team set the record after 69 home games and one rainout.

“I am proud of the South Bend Cubs, especially with this season’s record attendance,” says Mayor Pete Buttigieg. “The huge success of this ball club is a major part of South Bend’s ongoing comeback. Four Winds Field has been a great downtown venue and a regional draw with something new every year. We can’t wait to see what comes next.”

The record places the South Bend Cubs in 5th place for attendance among all 16 teams in the Midwest League of Minor League Baseball.

“When it comes to South Bend sports stories done by regional and national publications, they’re not solely about Notre Dame football anymore. Now, they’re about the South Bend Cubs and Four Winds Field,” added Jeff Rea, President of the St. Joseph County Chamber of Commerce. “Whether it’s the New York Times article about our baseball synagogue, Inc. Magazine about the success of the team, or the Chicago Tribune’s story about Theo Epstein throwing out the first pitch at Four Winds Field, the South Bend Cubs under the leadership of Andrew Berlin and his team President Joe Hart have had a huge and permanent impact upon this city. Everyone here is grateful for it.”

Forty home games were sold out this year.

“We had over 5,000 tickets sold on average per game,” South Bend Cubs President Joe Hart said. “Just a few years ago, the average was less than 1,800.”
A record amount of Indiana state sales tax collected from concessions and merchandise sold at Four Winds Field this year will be retained by the City of South Bend. The tax revenues, along with all state payroll taxes paid by employees of the team, will be diverted to the city through a special fund established by the Indiana state legislature.

The Professional Sports Development Fund allows any Indiana city with a professional sports team to keep the state tax revenues. From 2004 to 2014, the city of South Bend earned $5 million from this fund. 2015 is expected to be a record year for the city due to the success of the South Bend Cubs.