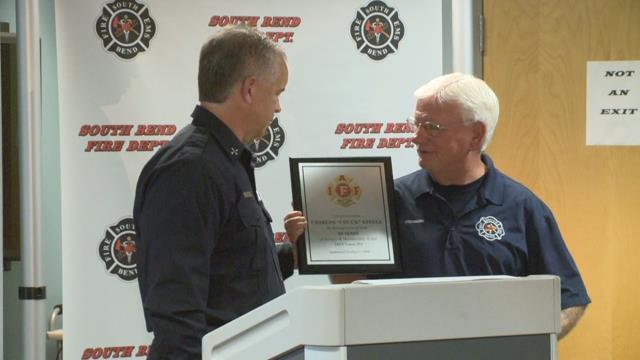 In celebration of his 50th anniversary as a sworn member of the South Bend Fire Department, Captain Chuck Steele was honored and given the key to the city.

Mayor Pete Buttigieg gave him the key this afternoon at the Central Fire Station.

Although it hasn't been easy, the captain says he wouldn't change anything for the world.

Another in attendance was South Bend Fire Chief Steve Cox to honor and celebrate Captain Steele and his achievements at the department.