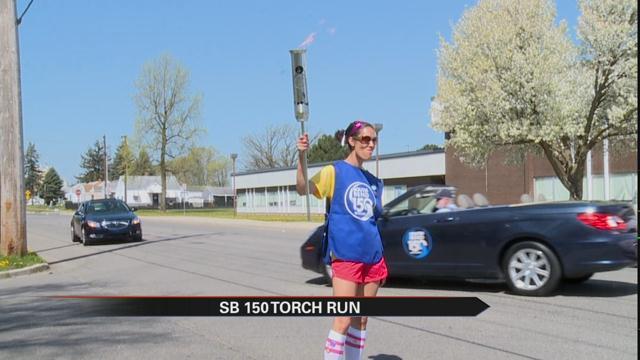 The run will last throughout Sunday, and is split into 20 zones, each stretching one mile.

“I was honored that I got picked to do it,” Cynthia Guest, a torchbearer, said.

The run began at the South Bend International Airport, where the torch was carried around the runway.

Over 100 nominated runners will participate.

“The torch bearers are all in good spirits,” Aaron Perri, chair of the South Bend 150th celebration said.

Dave Guzicki, a veteran, was one of the first torchbearers.

“I don't think I did too bad for 71-years-old,”Guzicki said.

The torch will be used to symbolically light the Riverwalk on the official 150th celebration on May 22.
Share this article: